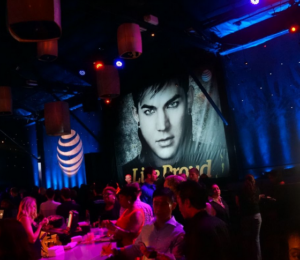 In celebration of Pride season, AT&T created the “Live Proud” campaign and invited the LGBTQ community to spread awareness, empowerment and most importantly, pride. In return, AT&T agreed to contribute up to $50,000 to The Trevor Project, based on reaching key social media benchmarks – and with our supporters’ help, we did.

From April 1 through June 30, $1 would be donated each time a supporter “liked” the campaign Facebook page and $0.50 would be added for each retweet on Twitter. By the campaign’s close, a total of 68,087 Facebook “likes” and 26,228 retweets were counted. Of those who submitted their own proud moments online, ten people and their guests also won an AT&T Live Proud VIP experience with Adam Lambert in Los Angeles.

The Trevor Project thanks AT&T for donating $50,000 while spreading a message of encouragement through their life-affirming campaign and looks forward to partnering with them in the future. We also thank the thousands of supporters on social media who helped make this donation a reality.

If you are interested in corporate partnership opportunities with The Trevor Project.