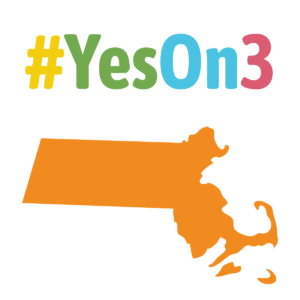 This Election Day, Massachusetts voters will be asked whether they want to keep their state’s legal protections for transgender and gender expansive youth. Passed by the legislature in 2016, this important law ensures that nobody will be discriminated against because of their gender identity in public spaces, including restaurants, hotels, hospitals, and public transportation. This nondiscrimination law has been forced onto the ballot by opponents of LGBTQ equality. The Trevor Project strongly urges Massachusetts voters to vote Yes on Question 3.

When given the basic family and community support that many of us take for granted, research shows transgender youth thrive just like their peers. Unfortunately, too often transgender and gender expansive youth face serious discrimination while just trying to go about their lives, and it is even tougher when such discrimination happens with government approval.

Taking away protections causes serious harm. Recently, The New York Times revealed an effort within the federal government to “essentially eradicate federal recognition” of transgender people by defining “sex” by reference to “immutable biological traits identifiable by or before birth.” In the 24 hours following this article’s publication, the number of self-identified transgender and gender non-conforming youth who contacted The Trevor Project nearly doubled.

On November 6th, we can send a clear message to transgender and gender expansive youth that they are seen, valued, and deserve to be protected under Massachusetts law.