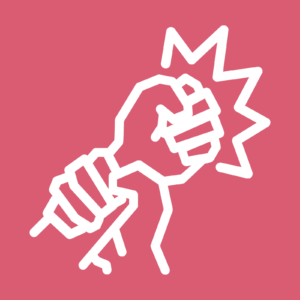 The Trevor Project, together with The Matthew Shepard Foundation, Freestate Justice, Lambda Legal, and the Anti-Defamation League have signed on to an amicus brief to the Fourth Circuit Court of Appeals in defense of the Matthew Shepard and James Byrd Jr. Hate Crimes Prevention Act (HCPA).

Since 2009, the HCPA has allowed the federal government to prosecute crimes motivated by a victim’s sexual orientation or gender identity as hate crimes, so long as those crimes had an effect on interstate commerce. Unfortunately, a District Court in Virginia recently overturned the conviction of an individual who admitted to viciously attacking his coworker because he thought he was gay, on the theory that “bias-motivated violence” is categorically “noneconomic” — even when the attack literally happened at an Amazon.com facility while the victim was simply doing their job, preparing to ship a package across state lines.

If allowed to stand, this narrow and clearly inappropriate interpretation would effectively erase important and groundbreaking federal protections for LGBTQ people. Hate-motivated violence against the LGBTQ community is a serious national problem, and one that LGBTQ youth worry about and discuss with us every day. In 2017, law enforcement agencies reported nearly 1,500 hate crimes motivated by gender, gender identity, or sexual orientation bias, a sharp increase over previous years — and those are just the crimes that were reported.

LGBTQ youth deserve to know that the law protects them in the strongest possible terms, which is why The Trevor Project is proud to stand with a powerful alliance of civil rights and anti-violence groups in defense of this important law. We are especially grateful to Freestate Justice for coordinating this brief.

“As we know from our work with our clients, LGBT people, in large part because the systemic and sometimes violent discrimination they encounter at work, experience poverty at disproportionately high rates. Although FreeState has worked hard to make sure that our Maryland state hate crimes law includes sexual orientation and gender identity, Matthew Shepard’s and James Byrd, Jr.’s law makes sure that protection extends to LGBT people and other vulnerable communities in all fifty states. The law carefully ensures that those who commit a hate crime in the workplace are held accountable; there is no doubt it was constitutionally applied here.” said Jennifer L. Kent, Managing Attorney, FreeState Justice.