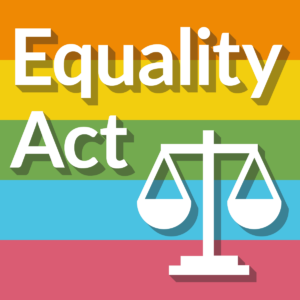 Today, the House of Representatives made history when it passed the first-ever Congressional vote on the Equality Act, a milestone vote for LGBTQ civil rights. The legislation would make reforms to the Civil Rights Act to include protections for LGBTQ Americans. Presently, it enjoys unprecedented support from nearly 70 percent of Americans, 236 members of Congress from both sides of the aisle, and multiple faith, state, and national orgs.

While the Equality Act’s fate remains uncertain as it heads to the Senate, the enthusiastic support it has received is a powerful endorsement of a future where LGBTQ young people will be treated with the dignity and respect they deserve. Echoing that sentiment is Sam Brinton, Head of Advocacy and Government Affairs at The Trevor Project.

“LGBTQ youth deserve every equal right and protection as their peers, no matter where in this great nation they live,” Brinton said in a statement. “Today’s passage of the Equality Act is a monumental step toward bringing about those equal rights and protections.”

As is the case whenever LGBTQ civil rights are up for deliberation, vulnerable youth are listening. The Trevor Project has made it their central mission to reach those young people where they are, serving over 68,000 young people in crisis in 2018 through calls, chat, and text. It estimates that each year, more than 1.5 million LGBTQ youth experience suicidal ideation and could benefit from its services.

Brinton noted in their letter of support sent to members of the House of Representatives prior to the vote that LGBTQ young people are “not prone to suicide because of their sexual orientation or gender identity; they are at higher risk for suicide attempts because of the harmful rhetoric and rejection they hear from their friends and families that can make them feel like their life is worth less than their straight or cisgender peers.”

As it stands, the United States’ civil rights laws do not explicitly outlaw anti-LGBTQ discrimination, though many courts have interpreted the laws prohibition of discrimination based on “sex” to require such protections. Systemic issues like discrimination in employment, education, credit, housing, and public accommodations are all examples of problems disproportionately facing the LGBTQ community, and being denied equal treatment can have severe negative consequences. That’s why the Equality Act, and support for it from across the political spectrum, are so important.

As the Equality Act continues to be debated, The Trevor Project stands at the ready with its 24-hour services to support LGBTQ youth. While incendiary rhetoric is sure to emerge in the debate over the Equality Act, it’s vital to remember that vulnerable young people are paying attention, and that words carry weight. Policymakers have the choice today to send them a message of encouragement, inclusion, and self-worth, or a message that contributes to a sense of isolation and fear. Either way, The Trevor Project will be here for LGBTQ youth who need to know that they are never alone.

“As we look toward the Senate and the eventual passage of landmark pieces of legislation like this, LGBTQ youth should know that the fight for their equality is moving swiftly forward toward a world where they will be free to be themselves,” Brinton concluded.