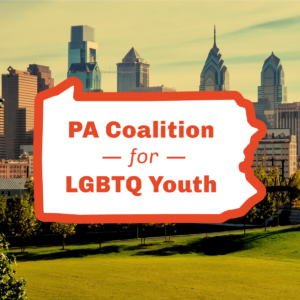 PA lawmakers, advocates, and medical professionals joined The Trevor Project to launch the PA Coalition for LGBTQ Youth, a statewide coalition to end the dangerous practice of conversion therapy on minors by licensed practitioners. Formed from town hall meetings in Philadelphia, Pittsburgh, and Erie, the coalition will also host citizen lobby days and forums statewide to educate citizens about conversion therapy’s harms, and to garner support for ending the dangerous practice.

State Rep. Brian Sims, D-Phila., flanked by House and Senate colleagues and LGBTQ advocates, hosted a news conference on October 23, 2019 to discuss legislation that would make Pennsylvania the 19th state to ban the dangerous practice of conversion therapy on minors, which is the discredited practice of attempting to change a person’s sexual orientation or gender identity. According to The Trevor Project’s 2019 National Survey on LGBTQ Youth Mental Health, 2 in 3 LGBTQ youth reported that someone tried to convince them to change their sexual orientation or gender identity, with youth who have undergone conversion therapy more than twice as likely to attempt suicide as those who did not.

“It is time that the commonwealth catches up to the 18 other states and numerous municipalities in the state that already ban conversion therapy,” Sims said. “This abusive practice is causing higher rates of depression among our LGBTQ youth, and even worse, it’s coming at the expense of their lives. I am honored and encouraged by the strong group of advocates that have come together to demand we outlaw this archaic and harmful practice. Over the weeks and months to come we have the opportunity to see who in the commonwealth wants to stand with us to protect children.”

“The Trevor Project is excited to work with this fierce coalition of local, state, and national advocates and state lawmakers to make Pennsylvania the 19th state to stop this discredited practice by licensed therapist once and for all. We’re committed to protecting Pennsylvanian youth from the dangers of conversion therapy, and we look forward to supporting the Keystone State as it stands on the right side of history,” said Sam Brinton, head of advocacy and government affairs for The Trevor Project, the world’s largest suicide prevention and crisis intervention organization for LGBTQ young people.