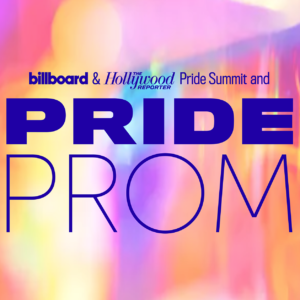 This Saturday, June 13, is Billboard & The Hollywood Reporter’s second annual Pride Summit & Pride Prom — a free, full-day event with a slate of programming featuring LGBTQ artists and celebrities. The star-studded virtual event supports The Trevor Project’s life-saving work, and will shine a spotlight on the organization’s mental health resources and crisis services.

Pride Summit and Prom will stream exclusive performances and intimate conversations from celebrities, recording artists, influencers, and more. For young LGBTQ fans and allies, the visibility of dozens of A-list talent who support and accept their identities can be life-changing. In fact, LGBTQ youth who report having at least one accepting adult were 40% less likely to report a suicide attempt in the past year; the Pride Summit and Prom is an annual voice of acceptance on a massive scale.

The daylong event will be centered around telling authentic stories of LGBTQ lives and experiences in the entertainment industry, including open discussions that touch on mental health. They’ll also encourage viewers to donate to The Trevor Project, access resources, and seek support if they need it. Tune in on Saturday starting at 12:30 p.m. EST at BBTHRPrideSummit.com.