Student Comes Out as Bisexual in Valedictorian Speech

Mason Bleu, a teenager from Brooklyn, New York, didn’t have a conventional “coming out” moment. As valedictorian of his class, it was expected that he would stand up in front of the school to give a speech. What was less expected was that he would take the opportunity to announce that he was a “proud bisexual man.” The moment was caught on camera and went viral, even landing Bleu on morning talk shows. But over the phone, Bleu told me he wasn’t sure he was going to go through with it at all.

“I was completely nervous. I downed, like, three bottles of water,” he told me of the moments leading up to his speech. “Two of my teachers and my best friend knew what I was about to do. But I asked them, ‘Should I do it? Should I not?’ And it was my best friend who was like, ‘Do it.’”

Before becoming a social media sensation, Bleu was a Dominican kid traveling back and forth from New York to the Dominican Republic every summer with his family. “Every year we saw my family there, we brought clothes and canned food so they could survive,” he said. “I stayed with my aunt and cousins and it would be a big reunion. Sometimes we would go years without seeing them, so it was always a big deal to be all together.”

Both sides of his family are Dominican, he said, and his mother’s side moved to New York when she was 13. They still live within a mile of Bleu today. Growing up in his neighborhood wasn’t always easy, though, and became even harder when he started to understand that he was bisexual during his freshman year of high school. “I started to realize how LGBT people were treated in general, and we didn’t speak about it in my family,” he said. “I could tell there wasn’t acceptance in the area I grew up in. There’s a lot of toxic masculinity going around. If someone was gay, people would say something to him, people had a problem with it.”

Bleu said a cousin was the first person he told, because she was bisexual as well. “I told her maybe two years ago,” he said. “But I didn’t say I was bi. I said I thought I was attracted to people I shouldn’t be. She reacted pretty well, and that was one reason I wanted to tell her. She was a part of the community.”

It wasn’t until Bleu had finished writing his valedictorian speech that everything clicked. “I was talking a lot about being proud of who you are, that you could be anything, but when I finished I felt like something was missing because I was hiding something. I decided to come out in it, but I didn’t submit that part for approval.”

He then told his mom and little brother the night before his speech. “Overall, they were pretty supportive,” he said. “I was crying, and my mom was like, ‘don’t cry,’ and my brother said ‘there’s no reason to cry over being who you are.’” Then he told them he was going to come out in front of the school.

“She was like, ‘you’re going to do what?’” Bleu said. “She asked me why. I said I wanted people to know they’re OK being this way. I wanted to make it public so people might be more willing to accept themselves, and I was willing to take the hit if I had to if it might help someone.”

Despite Bleu’s second thoughts at the last moment, he decided to go through with it. The result was a standing ovation from his peers. “I didn’t even notice the reaction at first,” he said. “I was just going to get it over with and get off the stage. Then I noticed people were applauding, and it felt like I really did something right.”

Bleu said he hopes to keep inspiring people. He just finished his first movie a few weeks ago, he said, and he wants to pursue a career in acting. He’s going to a small college in Connecticut and then hopefully moving on to a bigger one. “I have to do what I can afford,” he said. He also hopes to give Black LGBTQ people representation. “We have so little representation in media,” he said. “I think we can all be that representation and help people realize there’s no one picture or one shoe that fits all to any group out there.”

As for advice to LGBTQ youth, Bleu said he’s all for coming out, but adds they should feel safe when doing so. “Safety is everything,” he said. “I know some countries go to extremes and even kill people for being gay, and I don’t want people to put their lives in danger.” He also says having inspiration is important. “I struggled with mental health problems, but I would turn to people I looked up to,” he said. “Frank Ocean, Kevin Abstract, Jaden Smith, Black men who are very different, I see them as motivators,” he said. “There are so many people who are proudly different. I should be proud and different too.” 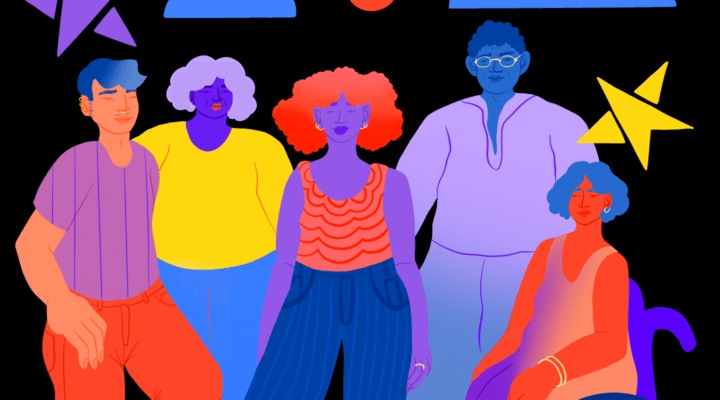 NEW YORK — Today, the Montana House Judiciary Committee voted to advance House Bill 113, a bill that would prohibit medical professionals from providing best-practice medical care to transgender youth. This gender-affirming medical care is backed by the American Academy of Pediatrics, the American Medical Association, and other leading health authorities, and research shows that gender-affirming care has been shown to reduce suicide ideation and attempts in transgender individuals, along with social support, familial support, and reduction of discrimination.  According to The Trevor Project’s 2020 National Survey on LGBTQ Youth Mental Health, more than half of transgender and nonbinary youth…
Reach a Counselor