On November 20th, a South Carolina legislator introduced a bill called the Youth Gender Reassignment Prevention Act that would prohibit best practice medical care to any transgender patient under the age of 18, even when such care is deemed medically necessary and has the consent of the patient’s parents. The Trevor Project is speaking out for transgender youth against this harmful legislation.

“Irresponsible legislation like this South Carolina bill would force the government between transgender youth and the doctors who care for them. Bills like this are reckless and harmful, and put political ideology ahead of the clear consensus of medical professionals,” said Sam Brinton (they/them), Head of Advocacy and Government Affairs for The Trevor Project. “Even the mere threat of legislation denying access to this life-saving care can do serious harm. At The Trevor Project, we hear constantly from transgender youth in crisis who cling to the hope of appropriate treatments that will help them be recognized for who they are. Research tells us transgender youth whose families support their gender identity have a 52% decrease in suicidal thoughts, a 48% decrease in suicide attempts, and significant increases in self-esteem and general health.

“With the coming Thanksgiving holidays, these youth will listen as their identities and chances of future care are debated around kitchen tables across the country. For the sake of these youth, that conversation should be about acceptance and love, instead of laws that would force parents to choose between the possibility of government prosecution and supporting the health and well-being of their transgender child.”

Dr. Alexis Chavez (she/her), Medical Director for The Trevor Project, emphasizes that this legislation ignores the solid, evidence-based recommendations major medical organizations have been building for the care of transgender youth over the past decades.

“Legislation that seeks to place a blanket ban on health care interventions for transgender youth ignores health care professionals, it ignores transgender youth, and it ignores the basic dignity of treating every patient. Legislation that refuses to allow best practices would be a major step back for health care overall and would set a dangerous precedent. Furthermore, it would force a doctor to choose between following the law and following the guidelines set by their professional organization,” said Dr. Chavez.

The Trevor Project’s experience shows that anti-transgender rhetoric and legislation cause real harm. In 2017, The Trevor Project reported that crisis contacts from transgender youth more than doubled following the president’s tweet regarding transgender military service members and the announcement of a “bathroom bill” in the Texas legislature. And in The Trevor Project’s 2019 LGBTQ Youth Mental Health Survey, 76% of LGBTQ youth felt that the recent political climate impacted their mental health or sense of self. 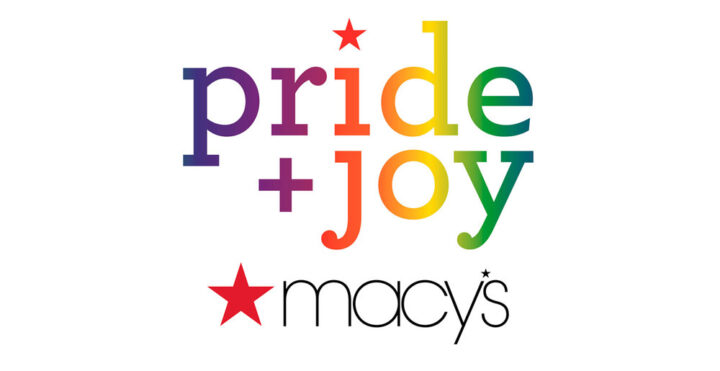 Macy’s Raises More Than $1.7M to Help The Trevor Project Expand its Services for LGBTQ Youth

Macy’s becomes The Trevor Project’s largest 2021 Pride partner through ‘Pride + Joy’ campaign  New York, NY – The Trevor Project, the world’s largest suicide prevention and crisis intervention organization for LGBTQ young people, announced today that Macy’s raised more than $1.7 million through its ‘Pride + Joy’ campaign, becoming the organization’s largest 2021 Pride partner. The funds will help The Trevor Project scale its crisis services operations to reach a higher volume of the 1.8 million LGBTQ young people estimated to seriously consider suicide each year in the U.S.  Together with its customers and colleagues, in celebration of National LGBTQ…
Partnerships

The Trevor Project commends the CDC for counting transgender youth The Centers for Disease Control and Prevention today released a report that shows almost 2 percent of high school students identify as transgender, and 35 percent attempted suicide in the past year. The research was included in the CDC’s latest Morbidity and Mortality Weekly Report (MMWR): “Transgender Identity and Experiences of Violence Victimization, Substance Use, Suicide Risk, and Sexual Risk Behaviors Among High School Students — 19 States and Large Urban School Districts, 2017.” Amit Paley, CEO & Executive Director of The Trevor Project, the world’s largest suicide prevention and…
Reach a Counselor