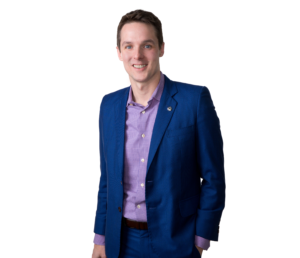 Chris Coffey leads the New York and New Jersey practice for Tusk Ventures and for Tusk Strategies. He has run successful legislative efforts in cities and states across the country. In New York, he specializes in creating major media campaigns that dominate news coverage for days and weeks at a time. Successful examples include Uber, the Times Square Alliance, Bird, and NYCLASS. In 2017, he served as a senior strategist to Corey Johnson’s winning campaign for Speaker of the New York City Council, and the New York Times called him an informal advisor to Governor Andrew Cuomo’s 2018 election efforts.

Prior to joining Tusk, Chris worked for Mike Bloomberg for 12 years at City Hall, on Mike’s three electoral campaigns, and at Bloomberg L.P.

During Chris’ time in City government, he helped set up the first-ever NYC Digital Office at the Mayor’s Office of Media and Entertainment. He co-authored the Roadmap for the Digital City, which Mayor Bloomberg unveiled as the first digital blueprint for City government in the nation. Before that, Chris worked on the 2009 Bloomberg campaign as a senior communications strategist, as First Deputy Commissioner of the Mayor’s Community Assistance Unit where he helped manage the Mayor’s community relationships, and as an assistant press secretary and director of Mayor Bloomberg’s advance team.

Chris serves as the Chair of the Brooklyn Bridge Park Conservancy and sits on the boards of Women in Need (WIN), the Brooklyn Academy of Music (BAM), and The Trevor Project, which works to prevent suicides in LGBTQ+ teens. Chris has been named a rising star by City & State and the Queens Courier. He was named to the 2019 and 2018 City & State’s Power Pride list of influential gays in New York. He was also on the 2020 and 2019 City and State top 100 most influential New Yorkers list. He frequently appears on NY1 as an expert on New York politics, and guest lectures at NYU on government and public policy. Chris was born and raised in New York City and now lives in Cobble Hill, Brooklyn with his husband and their two children.