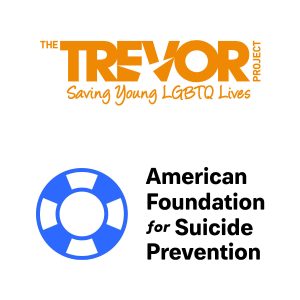 “As two of the leading suicide prevention organizations in the United States, we urge lawmakers to seriously consider the mental health impacts of legislation that seeks to restrict transgender and nonbinary young people’s access to medically necessary, gender-affirming care, which can be life-saving.

Suicide is the second leading cause of death among teens and young adults and we know transgender and nonbinary youth are more likely to attempt suicide than their cisgender peers. However, we also know that trans youth are not prone to suicide simply because of their gender identity. Increased experiences of victimization and discriminatory policies contribute to higher risk for anxiety, depression, and attempting suicide among trans youth.

Access to appropriate mental health support and health care are critical to addressing these disparities, and to ensuring the well-being of transgender and nonbinary youth. The Trevor Project’s research and direct experience serving youth in crisis reveals many trans youth actively want medical and mental health support but cannot get it for various reasons, including cost. State laws should not become one more, often insurmountable, barrier to care.

Gender-affirming medical care, such as  hormone therapy, is associated with positive mental health outcomes including showing promise for reducing suicide risk. Medical providers have derived these standards of care from decades of scientific research and on-the-ground experience, and that’s why they’re endorsed by every major medical association. Additionally, we need more research about suicide risk among trans people, and we must make the evidence-based treatments that do work more accessible, rather than limiting access to care.

To support and protect trans youth, legislators and others with decision-making power need to improve access to best-practice medical care for trans patients and their families, including mental health care.”

The American Foundation for Suicide Prevention is dedicated to saving lives and bringing hope to those affected by suicide. AFSP creates a culture that’s smart about mental health through education and community programs, develops suicide prevention through research and advocacy, and provides support for those affected by suicide. Led by CEO Robert Gebbia and headquartered in New York, with an Advocacy office in Washington, DC, AFSP has local chapters in all 50 states with programs and events nationwide. Learn more about AFSP in its latest Annual Report, and join the conversation on suicide prevention by following AFSP on Facebook, Twitter, Instagram, and YouTube.