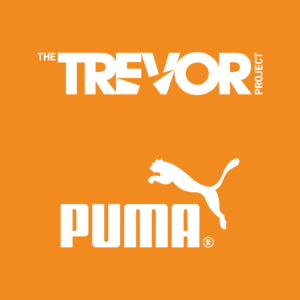 As part of PUMA’s $1 million donation, The Trevor Project will develop and provide comprehensive educational resources that focus on LGBTQ mental health and intersectional inclusivity in sports. The donation also will advocate for safe spaces that are supportive of gender identity and sexual orientation, and strengthen mental health outcomes for LGBTQ youth athletes.

“In our National Survey on LGBTQ Youth Mental Health, 71% of LGBTQ youth reported discrimination due to either their sexual orientation or gender identity — that discrimination extends into sports and athletics, and is one of the many reasons that LGBTQ young people in crisis reach out to The Trevor Project,” said Amit Paley, CEO & Executive Director of The Trevor Project. “We are grateful to PUMA for their partnership in raising awareness on the unique challenges that LGBTQ youth face in athletics and the correlating impact on their mental health, and for promoting The Trevor Project as an ongoing resource to young LGBTQ athletes across the country.”

In addition, PUMA will elevate The Trevor Project’s crisis services to its network of youth sports clubs, coaches, and sports professionals.

“At PUMA, we believe everyone who wants to play sports, can and should be a part of the game, which is why we are proud to support The Trevor Project and their efforts in the LGBTQ community,” said PUMA’s Global Director of Brand and Marketing Adam Petrick. “Together, over the next three years, we hope to create a lasting impact for LGBTQ young people and youth athletes whether it’s on the field or in the locker room.”