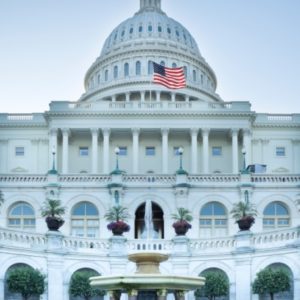 WASHINGTON – Today, Congressman Ted W. Lieu (D-Los Angeles County) introduced the “Therapeutic Fraud Prevention Act of 2019”, which bans LGBTQ conversion therapy. Conversion therapy, which fraudulently seeks to change an individual’s sexual orientation or gender identity, has been recognized by the national community of professionals in education, social work, health, and counseling as both dangerous and useless. Rep. Lieu authored the first ban on youth conversion therapy in the nation as a California State Senator and has introduced federal bans in the 114th and 115th Congresses. Senators Patty Murray (D-WA) and Cory Booker (D-NJ) introduced the Senate companion bill today.

“Conversion therapy is a fraudulent practice based on the prejudiced belief that someone can or should change their sexual orientation or gender identity. It inflicts immeasurable harm on those subjected to it, and turns a profit for scammers posing as mental health professionals.

“When I introduced and passed the nation’s first youth conversion therapy ban as a State Senator, I never imagined the momentum we would have to change laws on conversion therapy around the country. Now 17 other states join California in having laws on the books banning the practice. It is a credit to the survivors and advocacy groups who have worked tirelessly to change minds and legislation. Thanks to their work, 10,000 LGBTQ children have been spared from experiencing the harms of conversion therapy. Now it’s time to end this scam in all states and pass a federal ban.”

“Being lesbian, gay, bisexual, transgender, or gender non-conforming is not a mental illness to be cured and should never be treated as such. Conversation therapy is a sham—according to medicine and common sense—and is incredibly discriminatory and harmful towards members of the LGBTQIA+ community, especially children who already face increased harassment and discrimination. While I’m proud of the example my home state of Washington modeled in banning conversion therapy years ago, we cannot rest until this despicable practice is banished to the dustbin of history across the nation. I am proud to stand with the LGBTQIA+ community against conversion therapy, and looking forward to working with Senator Booker and Representative Lieu to get this important legislation signed into law.”

“This so-called therapy is harmful, especially to children. Our legislation will remove any question that the FTC and State Attorneys General have the tools they need to classify conversion therapy as what it is – fraud – and ban its use. Conversion therapy is a discredited, harmful practice that has been rejected by countless medical and mental health organizations for years. It has no place in our society.”

“We commend Rep. Lieu, who for years has been at the forefront of efforts to end these barbaric practices. Conversion therapy is fraud, plain and simple. Nobody should profit from false promises that they can change someone’s sexual orientation or gender identity.”

“So-called conversion therapy is a dangerous and discredited practice which reinforces a notion that there is something wrong with our community. But let me make one thing perfectly clear: there is nothing wrong with LGBTQ people. For far too long, LGBTQ Americans have suffered deep and lasting psychological abuse by those who are supposed to be caring for their emotional well-being. We are grateful to California’s own Rep. Ted Lieu who has led the charge — both in California and federally — to end this fraudulent practice.”

“So-called ‘conversion therapy’ is thoroughly debunked and proven to pose dangerous health risks for LGBTQ people, including depression, substance abuse, homelessness, and even suicidal behavior. HRC is grateful for the leadership and advocacy of Congressman Ted Lieu and Senators Patty Murray and Cory Booker, who are working to put an end to these harmful and fraudulent practices.”

“This bill protects individuals and families from dangerous quackery. Families who are struggling to understand what it means to be transgender, bisexual, or gay are being sold a bill of goods. Many families understandably fear that their LGBTQ youth could face increased risks and challenges. Today’s science tells us understanding and acceptance are the best medicine and can help LGBTQ youth grow up just as healthy and successful as their peers. We look forward to working with Representative Lieu and the other sponsors of this bill to move it forward.

Lisa Kelly-Vance, President of the National Association of School Psychologists:

“The National Association of School Psychologists applauds and supports Representative Lieu and Senator Murray and their efforts to reintroduce the Therapeutic Fraud Prevention Act in Congress. The research has consistently demonstrated conversion therapy for LGBTQ+ persons not only to be completely ineffective but actually to be harmful to persons who have undergone conversation therapy. As school-based mental health professionals, we have legal, moral, and ethical obligations to optimize the mental health and the academic success of all students, including LGBTQ+ students; this bill will assist in these efforts.”

“The Trevor Project hears from LGBTQ youth every single week and has found in our recent survey that those experiencing this dangerous and discredited practice are much more likely to seriously consider attempting suicide. Laws like the Therapeutic Fraud Prevention Act will save young LGBTQ lives by clearly labeling the snake oil of conversion therapy for what it is.”

“Since he sponsored the nation’s first law protecting LGBTQ youth from conversion therapy in California in 2011, Ted Lieu has been a leader in the movement to end this life-threatening practice. As I know firsthand from being subjected to conversion therapy for five years as a minor, these fraudulent practices are devastating for young people and their families.  We will not stop fighting until every LGBTQ child knows they are born perfect.”

According to the UCLA School of Law’s Williams Institute, approximately 698,000 LGBTQ people have been subjected to conversion therapy in their lives. Roughly 16,000 LGBTQ teens in states without bans will be endangered by conversion therapy by a licensed healthcare provider. In states that have banned the practice, approximately 10,000 LGBT youth have been protected.