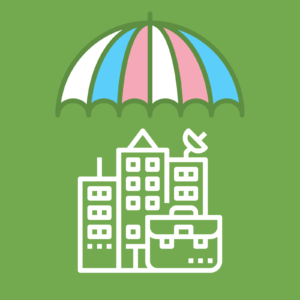 In a 6-3 decision, SCOTUS ruled that an employer who fires an individual merely for being LGBTQ violates Title VII. The opinion was written by Justice Gorsuch.

“This landmark decision will save lives. At The Trevor Project, we hear from LGBTQ youth every day who suffer from discrimination and harassment, and our research demonstrates that those who experienced LGBTQ-based workplace discrimination were twice as likely to have attempted suicide in the past year compared to those who did not. By recognizing that LGBTQ workers cannot be discriminated against because of who they are, the Supreme Court has sent a resounding message to LGBTQ youth everywhere that they are free to pursue their talents and dreams.

“Today is a historic day and a cause for celebration, but we must also recognize that our fight for lived equality is not yet done. Even with this decision, it is still legal to discriminate against LGBTQ people in public accommodations and federally funded programs, including programs providing critical support to LGBTQ youth in the face of the COVID-19 pandemic. As of Friday, the Administration is still actively trying to undermine health care protections for transgender and nonbinary Americans. And the ongoing nationwide demonstrations against systemic racism underscore that Black LGBTQ people, particularly those who are transgender, face disproportionate violence and discrimination. As long as there is racism, there cannot be LGBTQ equality.

Justice Gorsuch’s opinion, joined by Chief Justice Roberts and Justices Breyer, Ginsburg, Kagan, and Sotomayor, agrees with the textualist arguments made by LGBTQ advocates that “sex,” plainly understood, includes a person’s sexual orientation and gender identity. The Trevor Project is proud to have filed a friend-of-the-court brief in this case, together with PFLAG and Family Equality, represented by pro bono counsel from Wiley Rein, including Richard W. Smith and Douglas C. Dreier.

According to preliminary data from The Trevor Project’s upcoming 2020 National Survey on LGBTQ Youth Mental Health:

Even prior to the COVID-19 pandemic, LGBTQ individuals already faced significantly worse economic strain compared to the broader U.S. population, marked by increased rates of underemployment or unemployment as well as increased rates of housing instability — all of which contribute to higher rates of suicidality. According to The Trevor Project’s research, LGBTQ youth who experienced housing instability were twice as likely to report seriously considering suicide and three times as likely to report attempting suicide compared to LGBTQ youth who had not. Nondiscrimination policies related to sexual orientation and gender identity can facilitate employment opportunities for LGBTQ youth and therefore help reduce the risk of suicide.