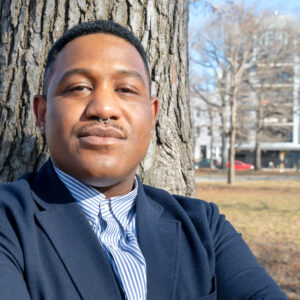 In this newly created position, Weaver will collaborate with teams across The Trevor Project’s key program areas, including crisis services, peer support, research, education, and advocacy, to implement effective, digital-first campaigns. Additionally, Weaver will oversee The Trevor Project’s owned platforms, media strategy, cause marketing, and brand partnerships, creating a holistic marketing strategy to elevate the organization’s free, confidential, and 24/7 lifeline, chat, and text crisis services. He will also create a hiring roadmap that builds on the current Marketing team and positions the organization for long-term growth, ensuring the organization’s crisis services are visible to the more than 1.8 million LGBTQ youth estimated to seriously consider suicide each year in the U.S.

“I’m honored and humbled to join The Trevor Project team to increase our visibility among LGBTQ young people, supporters, advocates, and donors,” Weaver said of his recent hire. “Ensuring LGBTQ youth’s unencumbered access to affirming crisis services and peer support spaces is as important today as it was when The Trevor Project was founded over 22 years ago. I’m thrilled to have the opportunity to drive forward The Trevor Project’s unyielding commitment to saving and supporting young LGBTQ lives.”

Weaver brings to The Trevor Project nearly a decade of experience in crafting and managing award-winning media campaigns. Previously, he served as the Director of Media Strategy at Thrive Global, where he oversaw all paid media and content marketing campaigns, as well as paid social and native campaigns across platforms such as Facebook, Instagram, Google Ads, YouTube, Snapchat, and more. Prior to Thrive Global, Weaver served as the Director of Media at VICE, where he oversaw brand activations, media and content distribution strategies for the company’s leading brand partners, including Delta Air Lines, Chanel and Verizon. Under Weaver’s leadership, the team was awarded the 2018 Webby Award for Film and Video, the 2017 Digiday Award for Best Use of Multimedia and Best Brand Partnership, as well as AdAge’s No. 1 Best Branded Partnership of 2017.

“We are incredibly excited to welcome Joshua into this critical role to help amplify The Trevor Project’s work to save young LGBTQ lives,” said Calvin Stowell, Chief Growth Officer at The Trevor Project. “The last few years have been marked by incredible growth across our organization, with significant increases in staff, volunteer crisis counselors, partners, and donations – as well as the volume of LGBTQ young people contacting us in moments of crisis. We know there is still so much work to do, and with Joshua’s expertise, we’ll be able to connect with more LGBTQ young people than ever.”

Weaver will report to Calvin Stowell, the organization’s Chief Growth Officer. He joins Kevin Wong, Vice President of Communications, and Thomas Pardee, Creative Director, to round out The Trevor Project’s Growth leadership team.