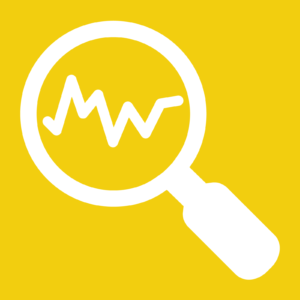 TODAY, January 30th, the CDC released new data from its annual mortality and life expectancy report that shows the number of suicide deaths increased by 2.5 percent from 2017 to 2018, emphasizing the need for a comprehensive approach — including additional policies and investment in research and crisis services — to save lives from the preventable crisis of suicide. However, this new data does offer hope that suicide prevention efforts are making a difference: the increase in lives lost to suicide between 2017 and 2018 was half of what the increase was from the prior year.

The Trevor Project actively advocates for new suicide prevention policies from the top down, including working with the FCC to recognize LGBTQ youth as a high-risk population for suicide and on 988, the three-digit number for the National Suicide Prevention Lifeline, and working in several states to pass legislation that mandates local school districts implement suicide prevention policies using best practices from the Model School Policy on Suicide Prevention.

“Suicide is an escalating public health crisis that demands urgent action. The CDC’s latest findings confirm that suicide rates have increased and further underscore the need for comprehensive prevention solutions, including additional specialized services for LGBTQ youth mental health. And while this new report is illuminating, there is still a clear need for improved data collection around LGBTQ individuals to better inform best practices. We also know from the CDC that lesbian, gay, bisexual, and transgender youth in particular are more than four times more likely to attempt suicide than their peers. Additionally, up to 50 percent of all transgender people have made a suicide attempt.

“The Trevor Project will continue to advocate for LGBTQ-inclusive policies and research to ensure that suicide prevention and crisis intervention programs nationwide are fully equipped to address the needs of high-risk populations. And our crisis services will always be available, 24/7 and for free, to let LGBTQ youth know that they are valued and never alone.”

In June 2019, The Trevor Project released the results of its inaugural National Survey on LGBTQ Youth Mental Health. The cross-sectional national survey of LGBTQ youth across the United States found that: