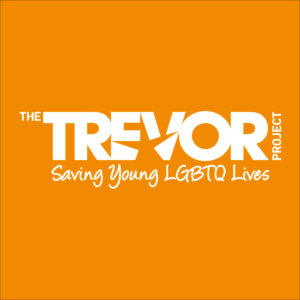 “Across our 24/7 phone, chat, and text crisis services, LGBTQ youth have been reaching out to The Trevor Project and expressing a wide range of emotions in response to the election. We know that for LGBTQ youth, politics can be extremely personal, and we want them to know that there is no one way to process everything that is going on in the world right now. No matter what, The Trevor Project’s trained crisis counselors will continue to be here 24/7 for the more than 1.8 million LGBTQ youth who seriously consider suicide each year in the U.S. Mental health and suicide prevention should be nonpartisan issues, and we must all unite to fight for LGBTQ young lives,” said Amit Paley (he/him pronouns), CEO and Executive Director of The Trevor Project.

“Now is a time to come together, for the sake of our country and the most marginalized among us. Ending the public health crisis of LGBTQ youth suicide will require urgent action, from increased investment in specialized services for LGBTQ youth to comprehensive policy reforms at the federal, state, municipal, and school district levels to protect youth from the harms of conversion therapy and discrimination. We look forward to working with the new Administration and Congress on these issues, and to continuing our bipartisan work with legislators across all 50 states. Regardless of who is in the White House, we will keep fighting — through advocacy, research, education, and more — to create a world where all LGBTQ youth can live their lives openly and without fear,” said Sam Brinton (they/them pronouns), Vice President of Advocacy and Government Affairs for The Trevor Project.

This year has been incredibly difficult for LGBTQ youth, who have faced unique challenges in light of COVID-19 and a barrage of political attacks and anti-Black violence. According to The Trevor Project’s 2020 National Survey, 86% of LGBTQ youth stated that recent politics have negatively impacted their well-being. And recent CDC data underscores that lesbian, gay, and bisexual high school students continue to report nearly four times the rate of suicide attempts compared to their straight peers.

Despite these challenges, The Trevor Project is proud to have helped deliver several major advocacy victories for LGBTQ youth over the last few years and is committed to making even more progress in the new year. In September, Trevor helped The National Suicide Hotline Designation Act become law — the first LGBTQ-inclusive bill to pass Congress unanimously. The new administration will be tasked with implementing ‘988’ as the new 3-digit number for the National Suicide Prevention Lifeline by July 2022, and Trevor will work closely with SAMHSA and the FCC to ensure that specialized services for LGBTQ youth are formally incorporated into that plan.

The Trevor Project is also determined to build upon the success of its grassroots campaign to end conversion therapy in all 50 states, which has helped pass legislation protecting LGBTQ youth from this dangerous and discredited practice in 17 states and 82 cities since 2016. Furthermore, Trevor will prioritize working with education systems across the country to introduce LGBTQ-competent suicide prevention policies in schools, and resisting any legislation that seeks to discriminate against transgender and nonbinary youth and limit their access to medical care, athletics, and public bathrooms.