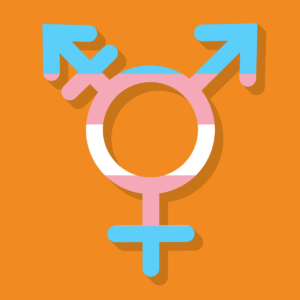 The Supreme Court declined to hear Doe v. Boyertown Area School District today, thus allowing transgender students to continue using restrooms that match their gender identity in schools that have policies protecting that right. It’s good news for trans youth everywhere who deserve to know that they are just as valid and worthy of respect as their cisgender peers.

The Boyertown Area School District first allowed trans students to use the restrooms and locker rooms consistent with their gender in 2016, but Boyertown was sued by a group represented by the anti-LGBT legal organization, Alliance Defending Freedom, for the affirming policy. ADF argued that the presence of trans students in these spaces was tantamount to sexual harassment.

This kind of attitude contributes to the stigma and discrimination trans students face across the nation. We at The Trevor Project know that trans youth face significantly increased rates of depression, suicidality, and victimization compared to their cisgender peers, with trans youth being roughly four times as likely to report feeling unsafe going to school within a 30-day period. The Court saw fit to let these policies, which are life-saving for vulnerable young people, stand.

The Third Circuit Court of Appeals rejected the notion that trans students threaten anyone with their mere presence in restrooms and locker rooms and noted that trans students being forced to use separate facilities would “publicly brand all transgender students with a scarlet ‘T,’ and they should not have to endure that as the price of attending their public school.”

This case demonstrates the power of LGBTQ youth. It was a coalition of LGBTQ youth leaders and organizations that intervened and made a passionate case to defend the trans students in Boyertown. At The Trevor Project, we see just how resilient LGBTQ youth are in the face of obstacles, and this is yet another reminder of the strength and fortitude our young people have when one group is being targeted.

Trans students of Boyertown, past and present, are also speaking on the decision. “By the time I graduated high school, I was using the boys’ bathroom and participating on the boys’ cross country team,” Boyertown alum Aidan DeStefano said in a statement. “I’m glad the Supreme Court is allowing schools like mine to continue supporting transgender students.”

At The Trevor Project, we know that trans youth are at increased risk for suicide attempts and and feelings of isolation not because there’s anything wrong with them, but because of the systemic discrimination they face. Any step toward a future where trans youth will feel more welcome and free to be themselves, no matter how small, is worth pointing out and holding up as an example. We hope you will join us in that mission.