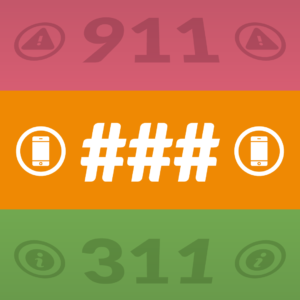 The Trevor Project applauds the U.S. Senate for passing The National Suicide Hotline Designation Act, which when implemented will allow Americans to simply dial 988 to reach the National Suicide Prevention Lifeline, instead of requiring a ten-digit number. The Trevor Project has been working closely with the Federal Communications Commission to shorten the Lifeline number to three digits and expand specialized services to best serve high-risk populations like LGBTQ young people.

“In a time of crisis, we need to know who to call. And now, thanks to a unanimous vote of the United States Senate, making that call just got easier. Once this policy is implemented, calling 988 will provide the millions of Americans experiencing a mental health crisis the opportunity to more easily get access to the care they need and know that care will respect them for who they are as LGBTQ. According to The Trevor Project 2019 National Survey on LGBTQ Youth Mental Health, 87% of LGBTQ youth said it was important to them to reach out to a crisis intervention organization that focuses on LGBTQ youth, which could be met in part by the requirement of consideration of specialized services for LGBTQ youth in this legislation. In the midst of a global pandemic, we are grateful the United States Senate is taking action to address America’s mental health needs. Special thanks to Senators Cory Gardner and Tammy Baldwin for leading this effort in the U.S. Senate.”

Research shows that LGBT youth are more than four times more likely to attempt suicide than their peers. The Trevor Project estimates that more than 1.8 million LGBTQ youth between the ages of 13 and 24 in the U.S. seriously consider suicide each year. In the organization’s 2019 National Survey on LGBTQ Youth Mental Health, 87% of LGBTQ youth said it was important to them to reach out to a crisis intervention organization that focuses on LGBTQ youth.