LGBTQ youth are at elevated risk for suicide compared to straight/cisgender peers due in large part to experiences of stigma and discrimination related to their LGBTQ identity (Meyer, 2003). For many LGBTQ youth, this discrimination can occur at their place of work or as they are attempting to obtain a job. Fortunately, a recent Supreme Court decision explicitly affirmed that LGBTQ people have the right to be free from discrimination in the workplace (Bostock v. Clayton County, 2020), and policies that are supportive of LGBTQ people have the potential to positively impact mental health and and reduce suicide risk among LGBTQ youth (Raifman et al., 2017). However, in addition to policies that provide legal protection to LGBTQ youth, corporations and workplaces must also provide supportive and affirming environments that allow LGBTQ youth to thrive. This brief uses data from The Trevor Project’s 2020 National Survey on LGBTQ Youth Mental Health to examine LGBTQ youth experiences in the workplace. 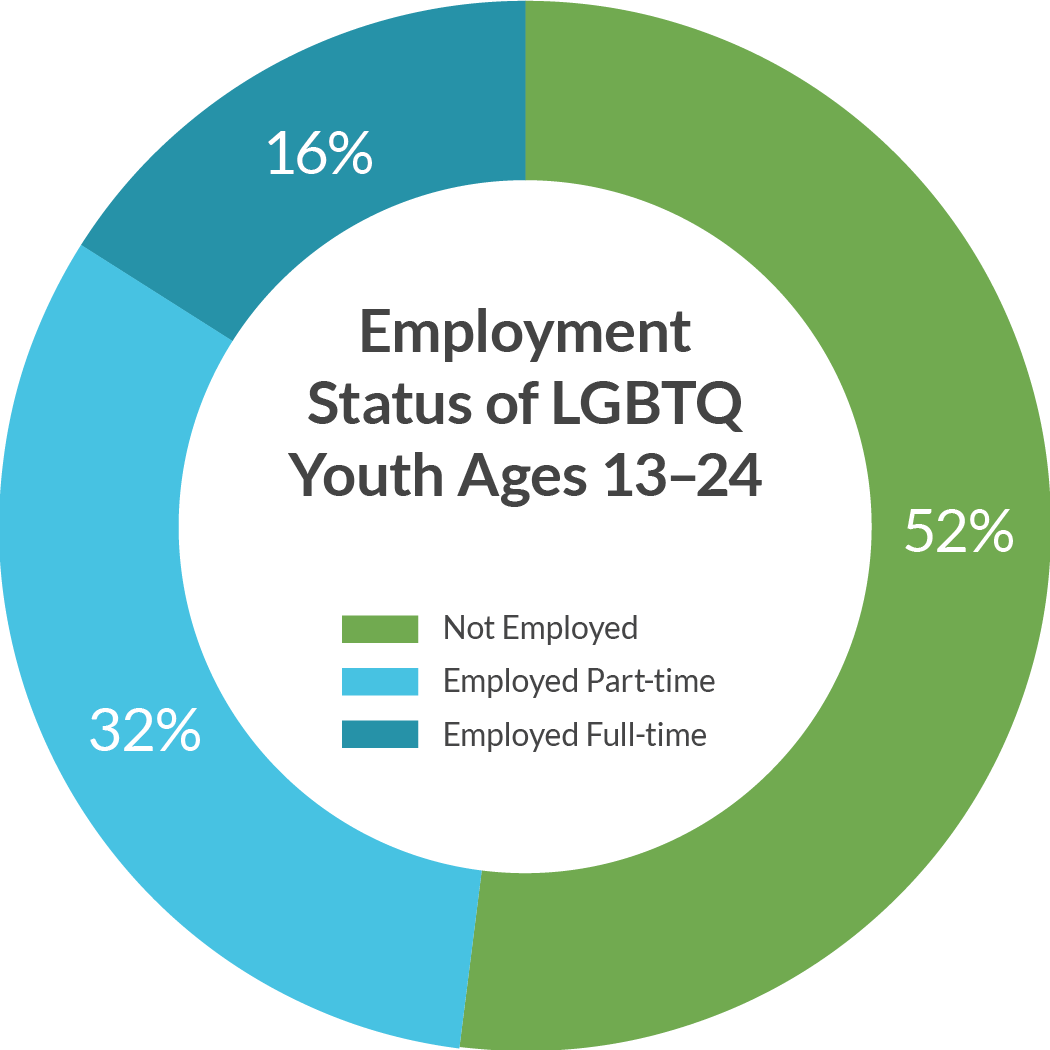 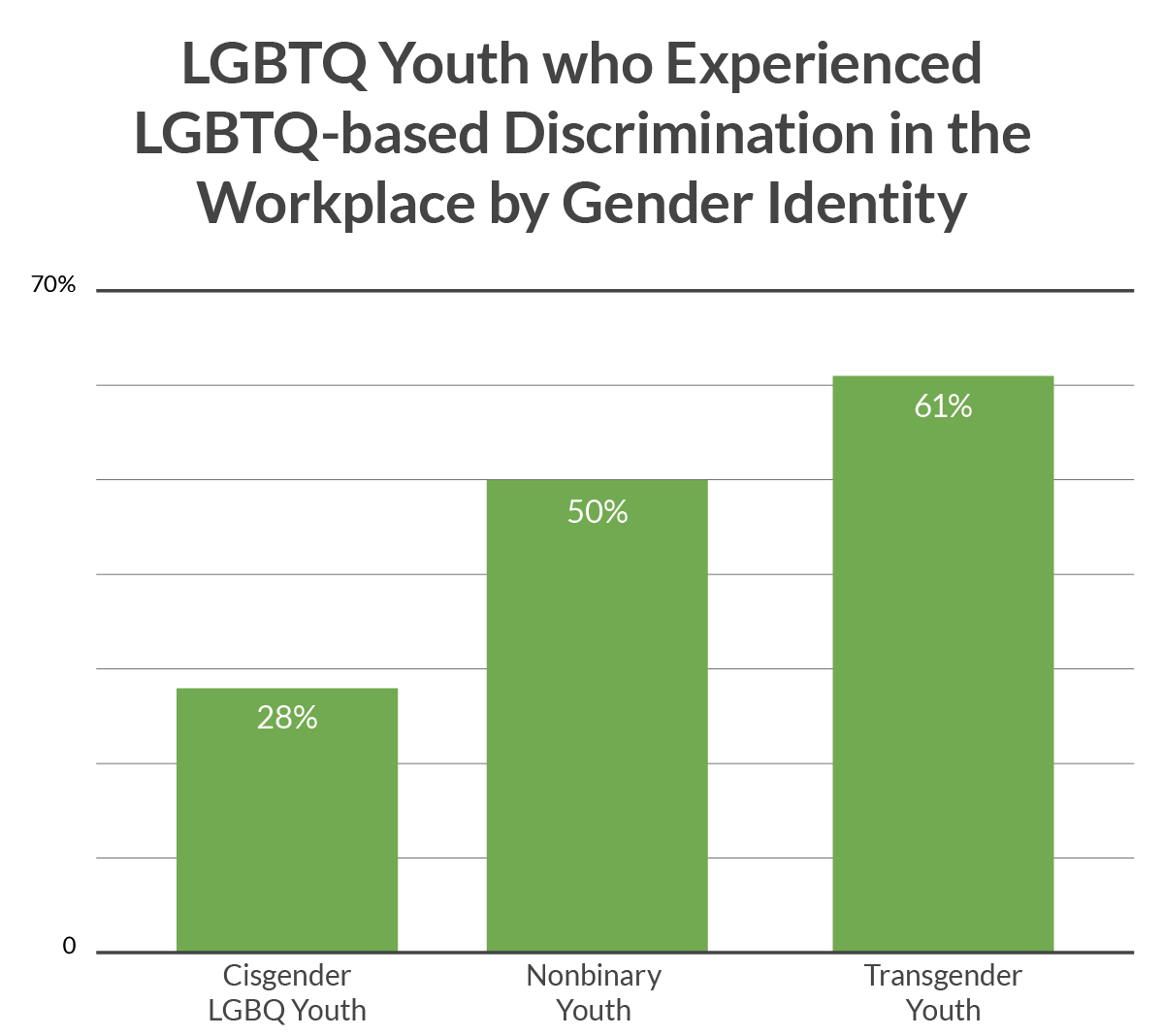 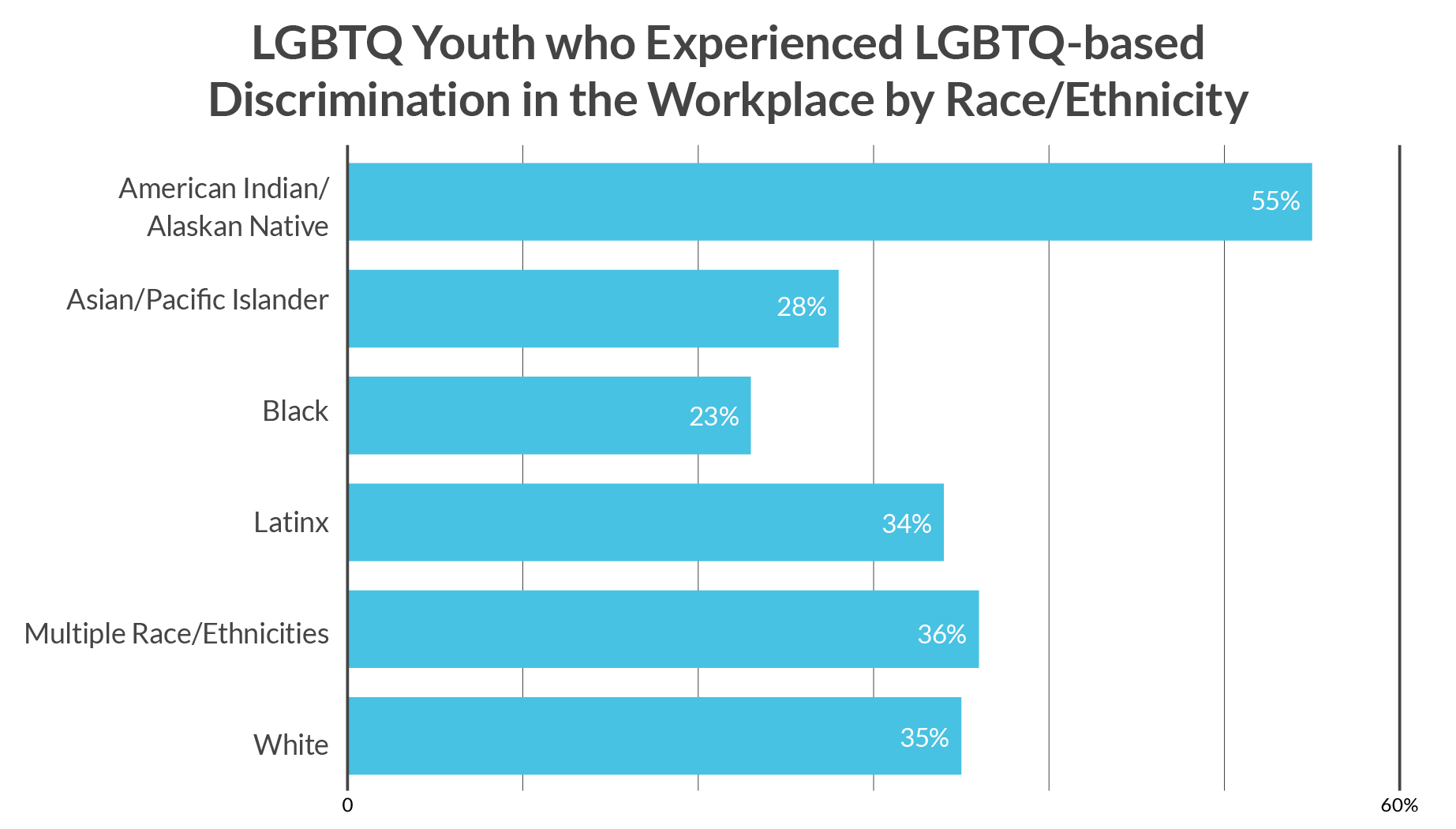 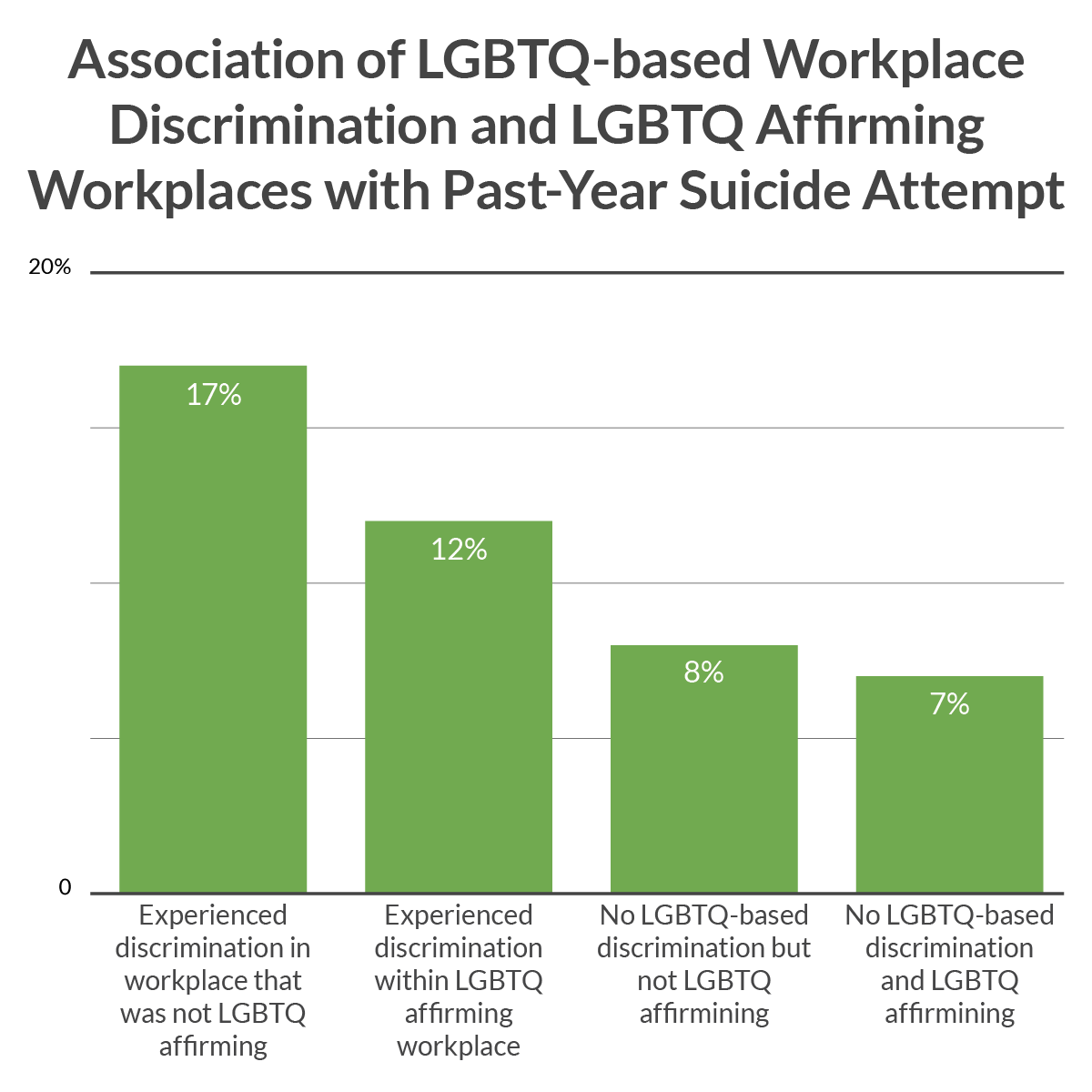 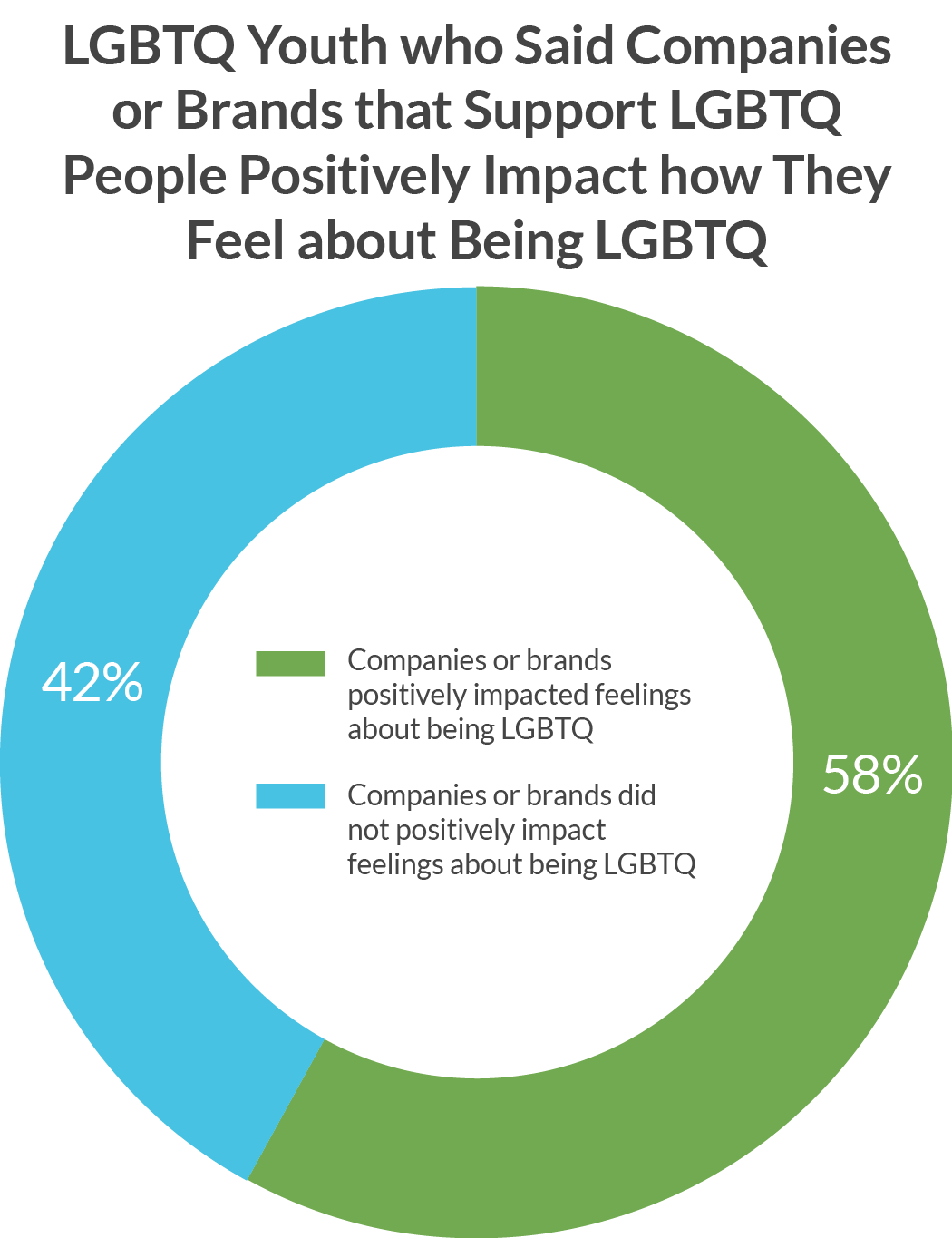 Data was collected from an online survey conducted between December 2019 and March 2020 of 40,001 LGBTQ youth recruited via targeted ads on social media. Youth were asked to indicate whether they ever felt they were the subject of discrimination based on their sexual orientation or gender identity in multiple situations including within the workplace (during hiring, from supervisors, and from coworkers). Questions on attempted suicide (“During the past 12 months, how many times did you actually attempt suicide?”) were taken from the CDC’s Youth Risk Behavior Survey. Logistic regression models adjusting for gender identity, age, and race/ethnicity, were used to examine the association of these demographic characteristics with employment and employment discrimination as well as the relationship between employment discrimination and past-year attempted suicide.

Workplace experiences are both positively and negatively associated with LGBTQ youth mental health and suicide risk. When LGBTQ youth have their identity affirmed and hear companies say positive things about LGBTQ people, they feel better about their identity and report lower rates of attempting suicide. Unfortunately, LGBTQ-based discrimination in the workplace is common and associated with twice the odds of a past-year suicide attempt. Transgender and nonbinary and American Indian/Alaskan Native youth had significantly higher odds of experiencing LGBTQ-based discrimination in the workplace. Further, transgender and nonbinary youth and youth of color had significantly lower odds of actually being employed. Transgender and nonbinary and Black LGBTQ youth also reported the lowest rates of being positively impacted by companies who voice support for LGBTQ people. These data indicate that messaging from companies and brands may not be resonating with these youth. Given the power of inclusive and affirming messaging, companies should find ways to better support and tailor messaging to these youth. Further, our data indicate an urgent need for companies to develop diverse and inclusive hiring strategies as well as to create workplaces that are affirming and supportive of LGBTQ youth, particularly those who are transgender and nonbinary and/or youth of color. Doing so will not only require companies to train all staff on diversity and inclusion but also to create a culture in which diverse identities are appreciated and celebrated.

At The Trevor Project, we understand both the detrimental impact discrimination can have on LGBTQ youth mental health and suicide risk as well as the positive impact affirming spaces can have on their well-being. Our research, advocacy, and education teams aim to support non-discrimination and LGBTQ-inclusive policies and practices for LGBTQ youth at multiple levels including federal, state, and local legislation as well as within settings like schools and workplaces. As we work towards a world where LGBTQ youth are able to live their lives free from discrimination, our crisis services team is available 24/7 to support LGBTQ youth who are struggling with experiences of discrimination based simply on who they are, including but not limited to their sexual orientation, gender identity, and race/ethnicity.