Nearly 1 out of 4 LGBTQ youth (24%) in our sample was a first-generation youth. First-generation LGBTQ youth reported slightly lower rates of anxiety (aOR=0.87), depression (aOR=0.93), and seriously considering suicide (aOR=0.88) compared to LGBTQ youth whose parents were born in the U.S. However, there was no significant difference in rates of attempting suicide in the past year (aOR=0.97). 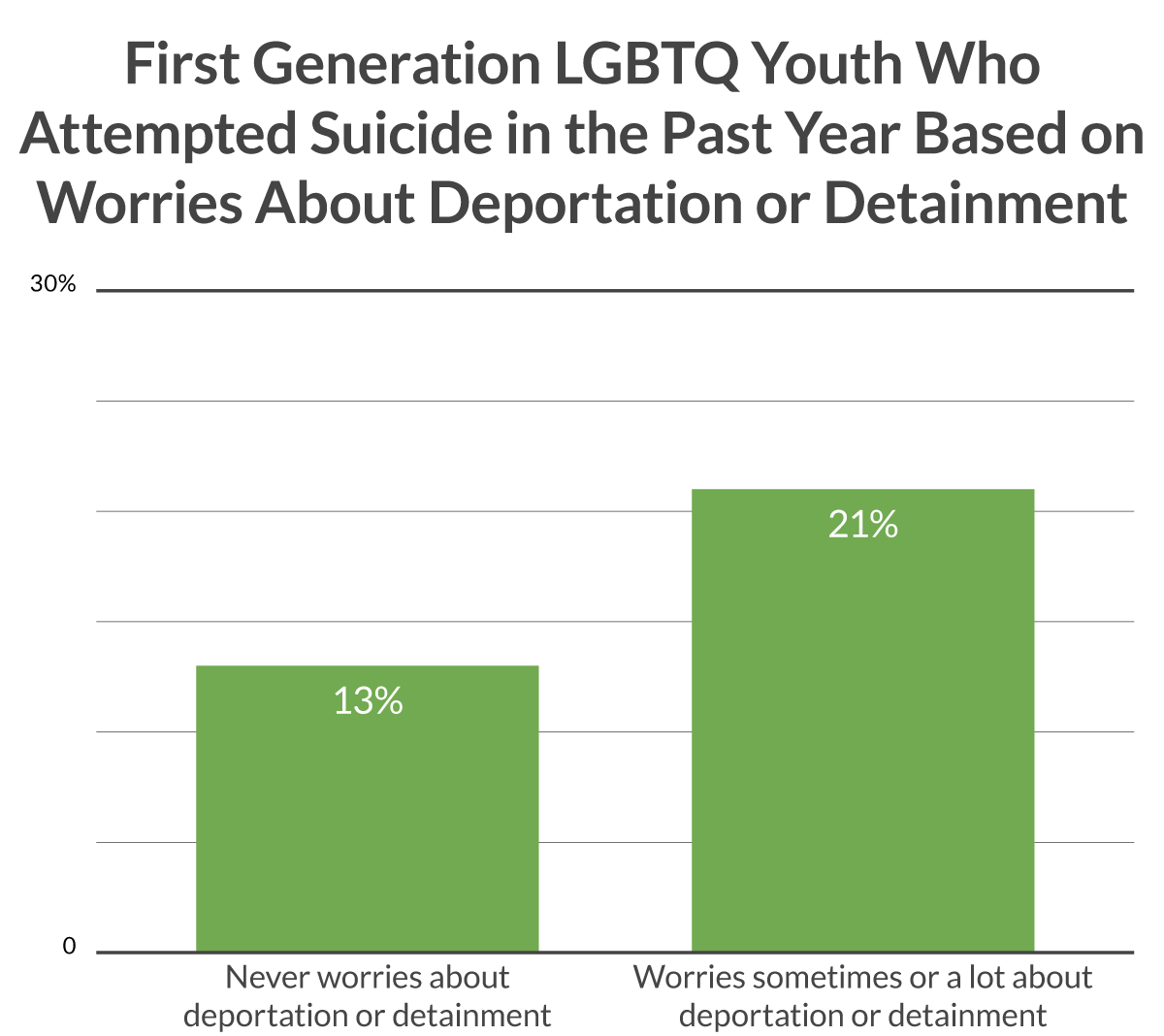 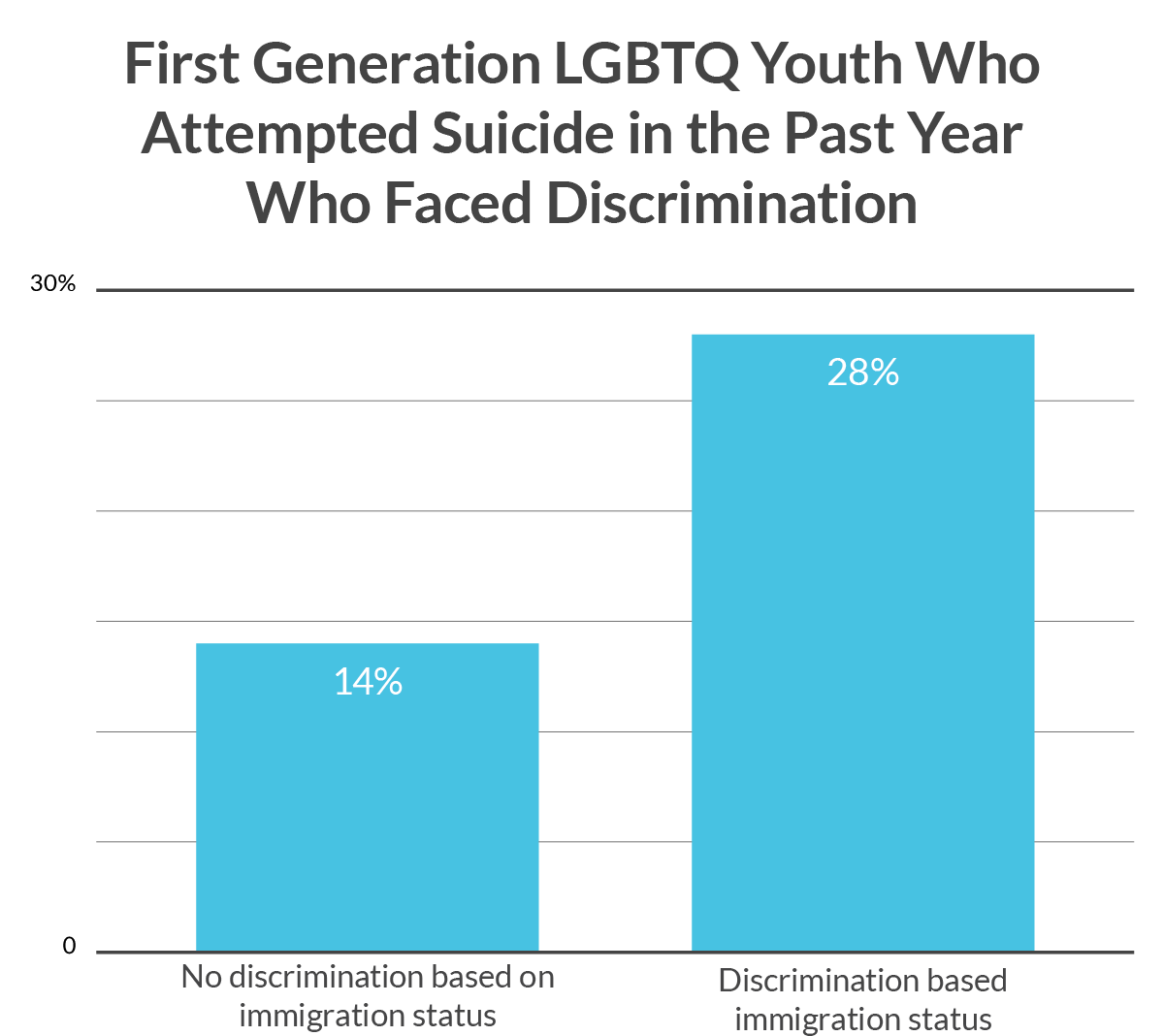 A cross-sectional online survey was used to collect data between December 2019 and March 2020. LGBTQ youth ages 13–24 who resided in the U.S. were recruited via targeted ads on social media. The final analytic sample was 40,001 LGBTQ youth. Youth were asked, “Was at least one of the parents or caregivers who raised you born outside of the US or US territory?” Our analyses included all youth who selected yes (n = 9,185). Adjusted odds ratios predicting a past-year suicide attempt controlled for sex assigned at birth, gender identity, age, and sexual orientation (gay/lesbian, straight, bisexual, pansexual, queer, or not sure). Immigration-related worries were assessed using a question that asked youth, “How often do you worry about you or someone in your family being detained or deported due to immigration policies?” with responses of “never,” “sometimes” and “a lot.” Finally, youth were asked about immigration-related discrimination with a question that stated, “During the past 12 months, were you discriminated against for any of the following reasons? Please select all that apply.” There were nine possible response options, including:  “Your actual or perceived immigration status.”

At the Trevor Project, we believe all youth deserve to feel safe and supported. We are fully committed to supporting all LGBTQ youth, including first generation LGBTQ youth whose challenges may be connected to immigration-related policies and discrimination. Our crisis services team recognizes that multiple forms of stress related to identity-based stigma, such as discrimination and bias based on both one’s immigration status and sexual and/or gender identity, can dramatically impact youth’s mental health and remains committed to continued efforts to address all aspects of youth’s identities in providing support. Further, Trevor’s research team will continue to disseminate data that explores the intersections of identities among LGBTQ youth, including first generation LGBTQ youth, to allow Trevor and other stakeholders to better understand how to address the needs of all LGBTQ youth.