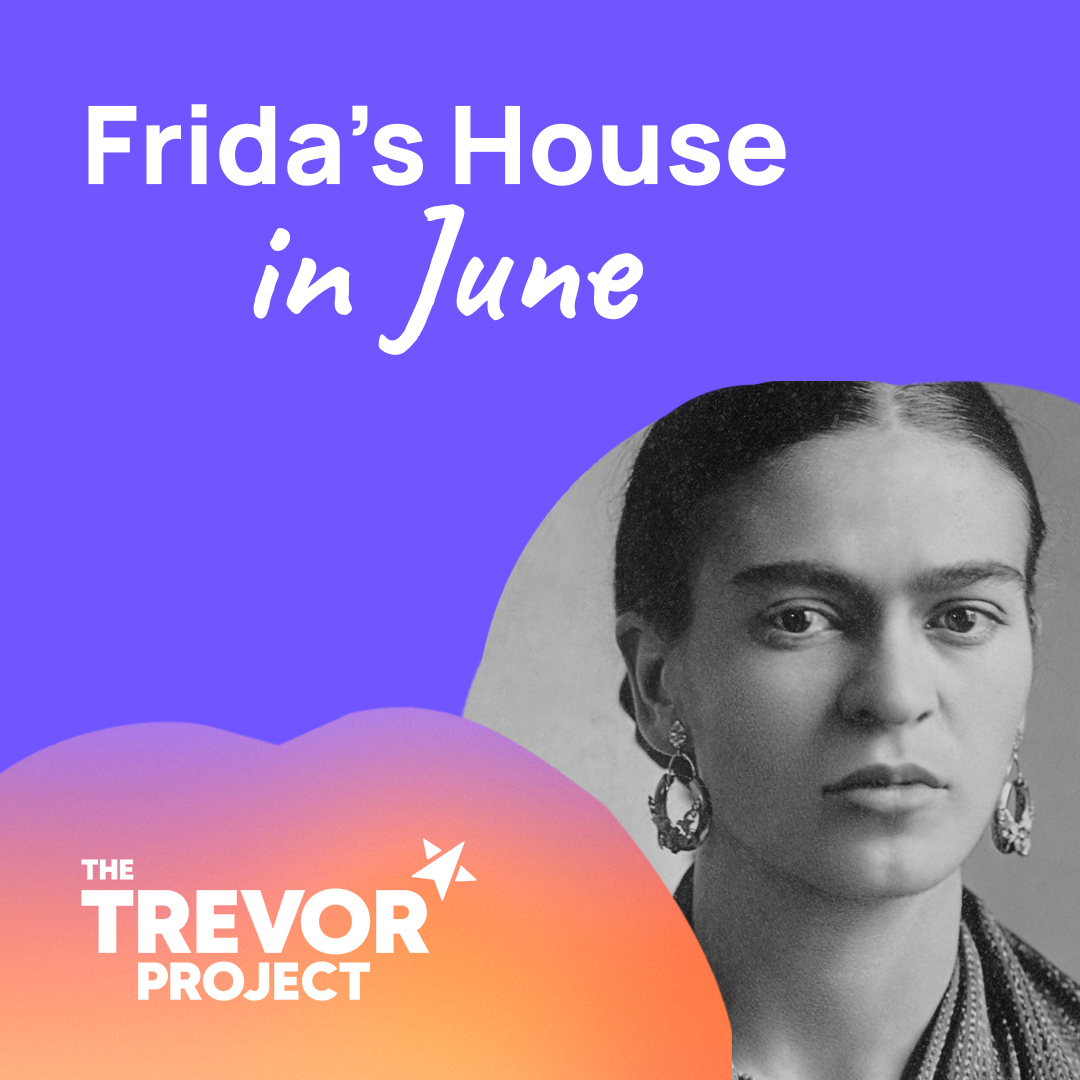 Frida Kahlo (1907-1954), the artist known for her surreal paintings and signature unibrow, was born, raised, and died in her home, La Casa Azul, now a museum dedicated to her life and work. In her diary, Frida wrote that “azul = distancia, electricidad, la pureza amor.” Blue = distance, electricity, pure love. The bright blue paint coating the interior walls of this house and studio, located in the Mexico City neighborhood of Coyoacán, encircles the space in an almost heavenly glow. In the middle of the loop of blue rooms sits a garden with a courtyard packed with potted plants and trees in the center. The energy in the space is undeniable, and comes not only from the storied past of its former residents, but from the amount of color and life it holds now.

My first visit to Frida’s house, the summer I was 13, came years before I knew how much she survived in her lifetime. Later I learned that Frida was diagnosed with polio at the age of six, a disease that impacted her ability to move for the rest of her life. After surviving a bus accident, Frida sustained a broken pelvic bone, spinal column, and several other severe injuries. In her life, Frida withstood more than thirty medical operations, and suffered from chronic pain and addiction to alcohol and painkillers. I now recognize that the curation of her house was perhaps an attempt at healing, an attempt to construct a breathing space in what may have felt otherwise poisonous. I think this is a quintessentially queer act: the creation of a home and refuge from an often painful world.

Though Frida’s marriage(s) to muralist Diego Rivera was her most well-documented romance, I am far more interested in her rumored affairs with Dolores del Rio, Josephine Baker, Georgia O’Keeffe, and others. These are relationships I hope were a sweet and necessary freedom for Frida. Frida was by no means closeted to herself, though her sexuality was never reckoned with publicly until after her death. Frida moved privately because the environment she was in – that is, Mexico in the 1930’s – made it impossible to do otherwise. So she built herself a space from the home she was born in: a glowing blue house in a rainbow-colored neighborhood. This is something I wish for all LGBTQ people to have, all months of the year: a place to live, to be safe, where they can breathe.

On my second visit to Frida’s house, in June many years after my first, I began to see myself clearly in Frida: in her distinguished unibrow, her oil well eyes, in the fuzz on her forearms. I saw myself in her death mask, which sits nestled on the pillow in her small bedroom. I also came with a new knowledge of myself: as a queer non-binary person, as a survivor of my own pain and traumas. I began scouring her diaries in effort to commune with Frida. In my studies, I got to know just a little bit of her tender and complicated heart, the intensity of her feelings, and the haunting illustrations that poured out of her.

I got to know many Fridas and loved them all: the Frida in an oversized suit with a shaved head, surrounded by strands of her hair; the Frida reclined casually smoking in a chair in slacks and a dress shirt; the Frida draped in scarves and adorned in flowers and jewelry; and every Frida in between. The Frida that deigned to be herself.

After this last visit, I walked around her home neighborhood and felt my suffering healed momentarily by a soft wind in a tree and the glow of a chrysanthemum. I looked around at the pretty piles of jacaranda flowers, the vibrant bushes of bugambilia, felt my heart expand and contract with the breathing force of a woman with unfathomable resilience. 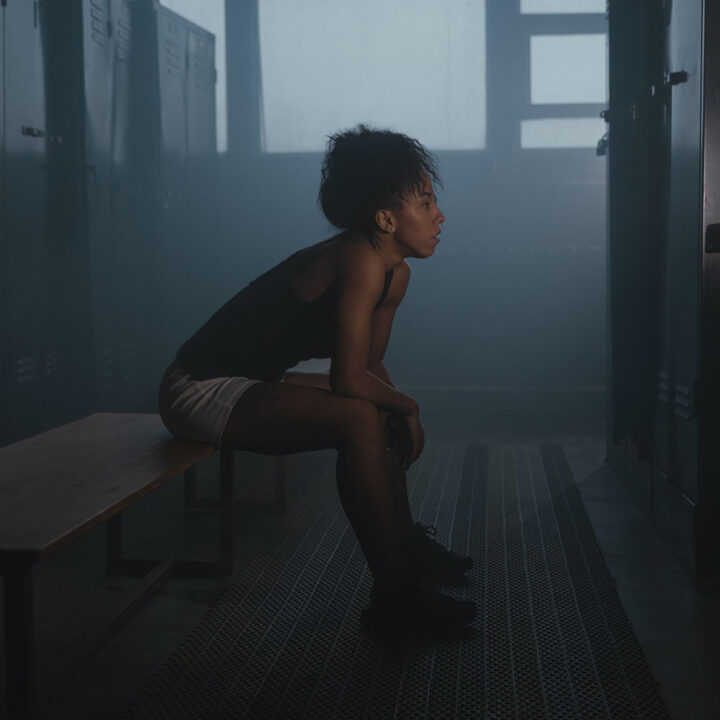 For many young people, being an athlete is a major source of pride, community, and accomplishment. That’s why it’s important for major athletic associations to have policies in place that provide inclusion and opportunities for LGBTQ athletes to participate and excel in their sport of choice. And while nearly one in three LGBTQ young people reported participating in sports, many choose not to partake due to LGBTQ-based discrimination, like state-level policies and legislation that imply, intentionally or not, that inclusion of transgender athletes ruins a sport’s “fairness.” Any blanket ban that prevents trans athletes from participating in sports they love… 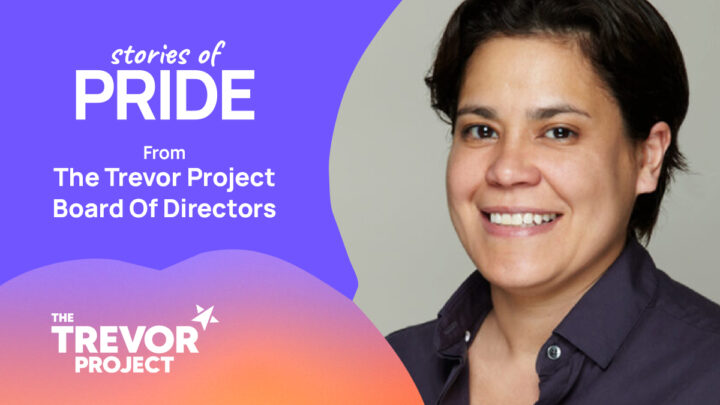 Stories Of Pride From The Trevor Project Board Of Directors

The Trevor Project is an international community of care committed to ending suicide among lesbian, gay, bisexual, transgender, queer & questioning young people. Our Board of Directors is integral to Trevor’s mission and provides strategic direction to Trevor's leadership, acting as our leading ambassadors with donors and partners. As part of our continued celebrations of Pride during June (and all year round), we invited members of our Board of Directors to share their stories of pride, struggle, acceptance, and, ultimately, joy, as well as their statements of support for LGBTQ young people. Gina Muñoz: Chair of the Board, Attorney at…
Reach a Counselor