How to Support LGBTQ Young People Ahead of the Election 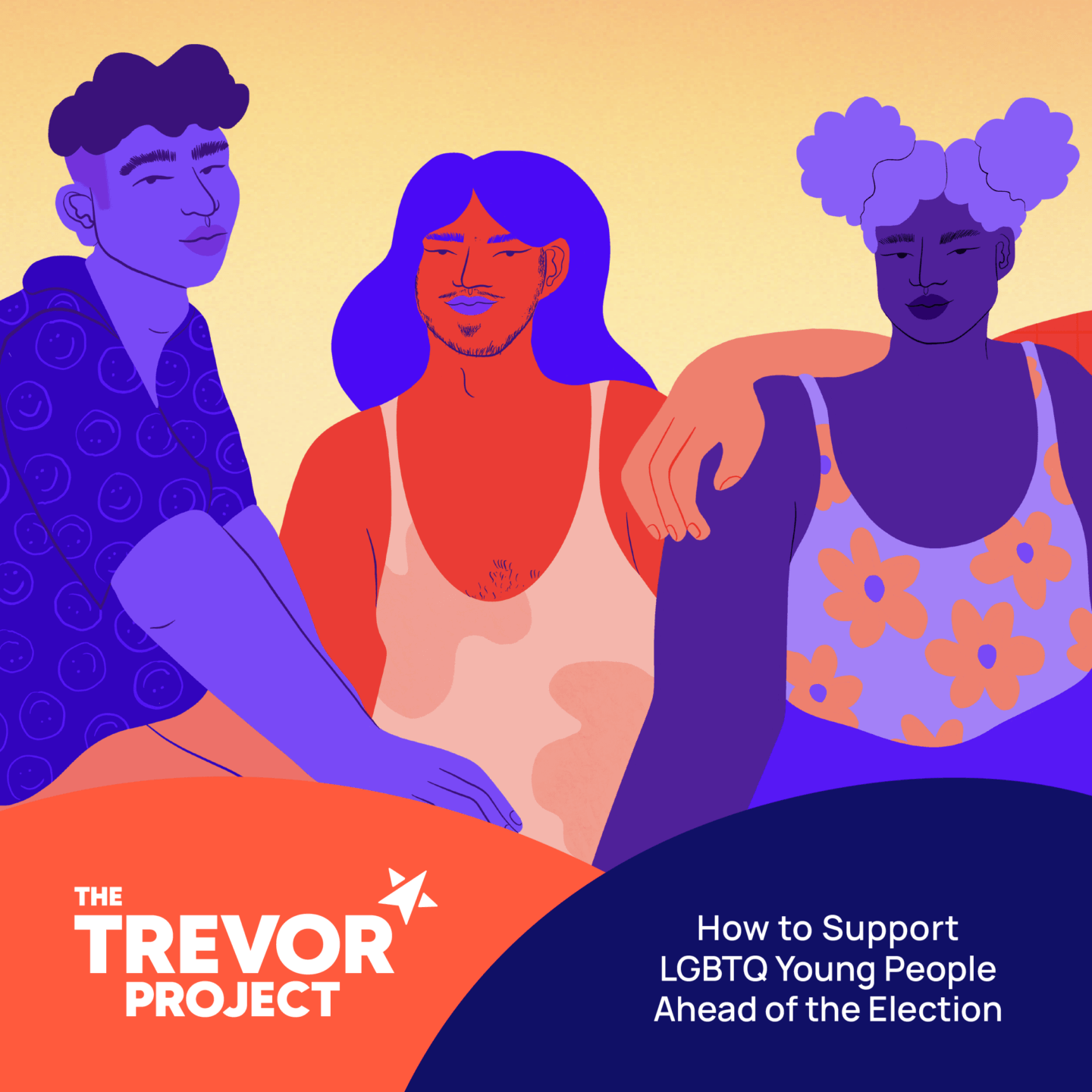 Young people are listening. I’ve heard many people underplay the dangers of anti-LGBTQ rhetoric, citing that “it’s just politics” or “these candidates are just trying to fire up the base.” They say that the Supreme Court will never overturn Obergefell vs. Hodges (the landmark Supreme Court cases which legalized same-gender marriage), even when Justices make veiled threats to do so.

These folks are missing the bigger point, and a point that isn’t talked about enough. This year, 85% of transgender & nonbinary and 66% of LGBTQ young people said recent debates about state laws restricting the rights of transgender people have negatively impacted their mental health. That means even if anti-LGBTQ laws don’t get passed, just having negative debates in the public sphere is harmful to their well-being. Words have power.

The best way to support these youth is to ensure that these politicians don’t get into positions of authority. In 2022 alone, nearly 300 anti-LGBTQ bills were introduced in 39 states. With the midterms coming up, it’s more important than ever to elect candidates who won’t play politics with young lives. Do your research about the people on your ballots. When anti-LGBTQ candidates are defeated in elections, it shows young people that they have allies who will advocate for them — let them know they matter with your vote and your voice.

If you can’t vote or if you’re a young person who wants to advocate for yourself, there’s still a lot you can do. Talk to your parents. Call your aunt. Call your neighbor. Tell them that when anti-LGBTQ politicians get into power, they make life harder for you and the people you love.

Making young people feel safe during an election in which they have been targeted by candidates also means ensuring they feel loved no matter the outcome. When there are negative comments about the LGBTQ community, it’s important to remind young people in your life that they deserve to be loved for who they are. Continue to affirm them and let them know these harmful words aren’t true and aren’t how you feel.

People often feel pressure to have a perfect affirming conversation. But it can be as simple as letting them know you are a safe person who sees them and holds space for them. As always, let them know that resources like the Trevor Project exist to support all LGBTQ young people day and night, not just for when they’re in crisis, but to talk through all sorts of things, even the impact of political discourse during the election season.

It’s also important to educate yourself about LGBTQ issues. Start by reading our Trevor Project guides to familiarize yourself with how to approach LGBTQ mental health or sexual orientation; knowing how to have affirming conversations can help combat a political climate that can be dangerous for LGBTQ young people. Remember that affirmation from people closest to them is extremely impactful: The Trevor Project’s research has shown that even one accepting adult can decrease an LGBTQ young person’s risk of suicide by up to 40%.

Elections have consequences, and when anti-LGBTQ politicians get into power, they debate or pass laws that tell our kids that their existence isn’t valid. Young LGBTQ people just want to be known and loved, and growing up is hard enough. As we vote, we have the power to show that harmful words have consequences. In the meantime, we need to do everything we can to support the mental health of LGBTQ young people through affirmation, resources, and advocacy.

Ryan Bernsten is the Senior Managing Editor at The Trevor Project, the world’s largest suicide prevention and mental health organization for lesbian, gay, bisexual, transgender, queer & questioning (LGBTQ) young people. If you or someone you know is feeling hopeless or suicidal, our trained crisis counselors are available 24/7 at 1-866-488-7386 via chat www.TheTrevorProject.org/Get-Help, or by texting START to 678-678. 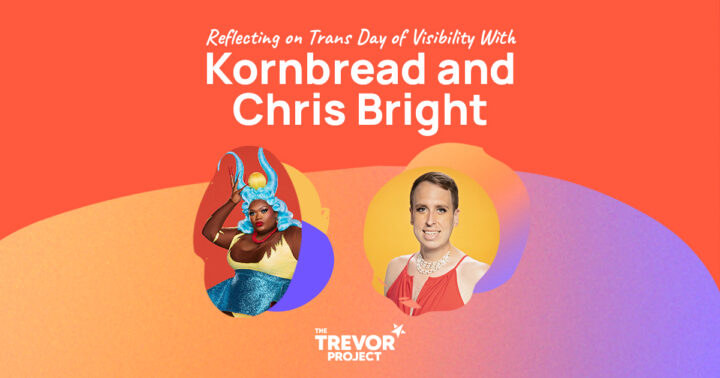 Reflecting on Trans Day of Visibility With Kornbread and Chris Bright

Demoria Elise, also known as the drag queen Kornbread “The Snack” Jeté from the fourteenth season of RuPaul’s Drag Race, joined The Trevor Project’s Director of Public Training Chris Bright on Instagram Live to speak on the significance of Transgender Day of Visibility (March 31) and the complexities of trans visibility and joy. As I watched their conversation, reflecting upon on the day’s celebrations of trans and non-binary individuals, and the recent passing of trans community members in my home city of Chicago, I found myself feeling bittersweet, mixed emotions. Though mainstream conversation around Trans Day of Visibility has centered… 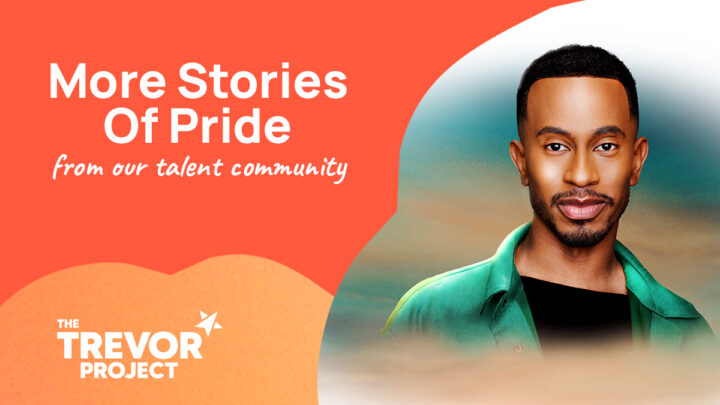 More Stories Of Pride From Our Talent Community

LGBTQ pride means so many things to people who experience it; it’s watching iconic queer films; building community over shared experience; wearing clothes that feel right; being out and unapologetically proud. To wrap up our Pride celebrations, we asked several of our celebrity and influencer supporters to share their stories of pride and words of support for LGBTQ young people. Auli'i Cravalho (she/her) I think the first LGBTQ film I watched was “But I’m a Cheerleader.” Starring the delightful Natasha Lyonne, it feels full circle that she produced our film “Crush.” It’s fun to laugh at queer stereotypes; being vegetarian,…
Reach a Counselor