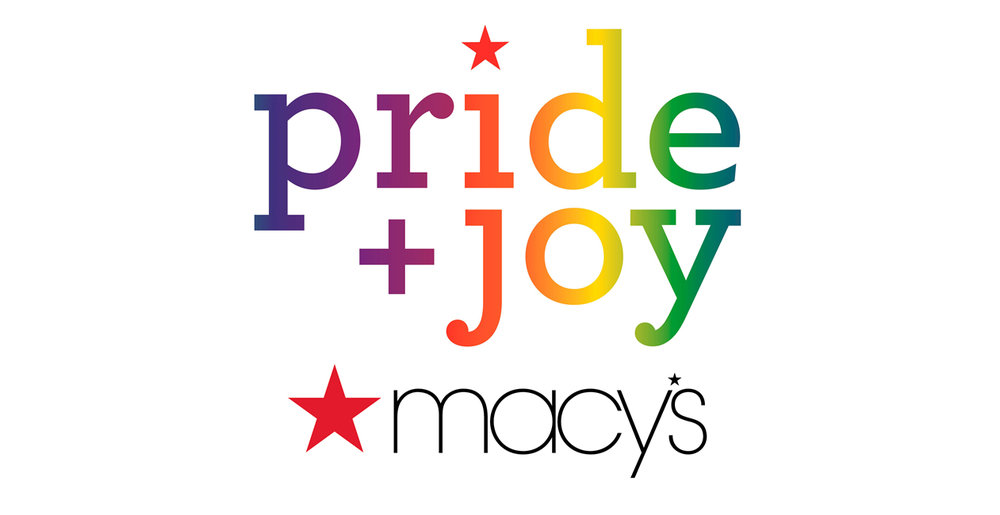 Macy’s is raising funds and awareness for The Trevor Project’s life-saving work through a series of initiatives including a charitable round-up campaign recently concluded at all of its stores nationally and continuing through the end of the month in 10 select major markets, Trevor’s participation in Macy’s Pride events across the nation, a limited-edition Pride-themed fashion capsule available at select stores and on macys.com, and a social media campaign aimed at highlighting Trevor’s services for at-risk LGBTQ youth

New York, NY – The Trevor Project is proud to announce early results from Macy’s fundraising and awareness efforts derived from its National Pride Month partnership. Through June 17, Macy’s campaign on behalf of The Trevor Project has yielded a donation of more than $1.2 million to the organization, making Macy’s one of Trevor’s largest-ever corporate charitable partners. Via a series of initiatives including a national charitable round-up campaign, Trevor’s participation in Macy’s public and private Pride events nationwide, and a social media initiative anchored by a PSA highlighting Trevor’s life-saving services for LGBTQ youth, Macy’s has not only helped raise critical funds that will help Trevor support more than 80,000 at-risk LGBTQ young people nationally this year, but also helped spread awareness of Trevor’s services to more than 6 million people in local communities across the country.

“Our long-standing partnership and support of The Trevor Project’s important work led us to develop our first-ever national in-store cause campaign for Pride and we are thrilled that our colleagues, customers and the communities we serve have enthusiastically joined us to support Trevor’s life-saving work,” said Sam Harrison, senior director of Macy’s Corporate Giving & Volunteerism. “With more than $1.2 million raised and more than 6 million people reached to date with Trevor’s message of hope, our partnership has helped provide critical funds and raise awareness of Trevor’s services for at-risk LGBTQ youth in hundreds of local communities nationwide.”

This year’s elevated partnership with Macy’s is an extension of the work the retailer has undertaken with The Trevor Project since 2010. In celebration of the 10th annual national Pride + Joy campaign, Macy’s launched its first-ever in-store cause initiative for Pride, with a charitable round-up program at all of its locations benefiting The Trevor Project. From June 1 – June 17, as customers completed their in-store purchases, they were provided information about Trevor and invited to round up and donate the change from their purchases to the nearest dollar (up to $.99). Over the course of the two-week national campaign, more than 2.8 million people actively engaged with the LGBTQ organization’s affirming message of hope and support, raising critical awareness of its life-saving services in hundreds of local communities.

In addition to the round-up campaign, Macy’s is continuing to raise funds for Trevor with signature Pride style, through a limited–edition, three-piece capsule collection by INC International Concepts. Featuring gender-neutral t-shirts, tanks and socks with rainbow detailing, throughout the month of June, Macy’s will donate $4 of the purchase price of the INC t-shirt and tank and $2 of the purchase price of the socks to The Trevor Project. The pieces retail for $10 to $20 and are available in select stores and on macys.com/celebrate.

To reach at-risk LGBTQ youth where they are most likely to engage and congregate, Macy’s and Trevor created a PSA showcasing heartfelt personal vignettes of hope and how the support of Trevor’s programs helped LGBTQ youth in crisis. The PSA is running in several length formats across Macy’s digital and social media channels. It is introduced by and features Jazz Jennings, the young transgender activist and star of the TLC reality series, “I Am Jazz.” Through early June, the PSA and Trevor’s important message has already reached more than 2.7 million people.

For more information on Macy’s Pride + Joy campaign and to purchase products that benefit The Trevor Project, please visit macys.com/celebrate.

Macy’s is America’s store for life. The largest retail brand of Macy’s, Inc. (NYSE:M) delivers quality fashion at affordable prices to customers at approximately 640 locations in 43 states, the District of Columbia, Puerto Rico, and Guam, as well as to customers in more than 100 international destinations through leading e-commerce site macys.com.  Macy’s inspires fashion exploration and discovery through the most desired family of exclusive brands for her, for him, for the home, and via our dynamic mobile and social platforms. We know the power of celebration, demonstrated through decades of memorable experiences created during Macy’s 4th of July Fireworks® and Macy’s Thanksgiving Day Parade®, as well as spectacular fashion shows, culinary events, flower shows, and celebrity appearances.  Macy’s flagship stores – including New York City’s Herald Square – are internationally renowned and preeminent destinations for tourists. With the collective support of our customers and employees, Macy’s builds community and helps make a difference in every market we serve, supporting local and national charities by giving nearly $50 million each year, plus 146,000 hours of volunteer service. For more than 160 years, Macy’s has, and continues to, make life shine brighter for our customers, colleagues, and communities.

For Macy’s media materials, including images and contacts, please visit our online pressroom at macysinc.com/news-media.

The Star-Studded Gala Will Be Held on December 2 at the Beverly Hilton in Los Angeles LOS ANGELES — The Trevor Project will honor Emmy®, Golden Globe® and Peabody® Award-winning screenwriter, producer and director Ryan Murphy and the cast of the FX series POSE at The Trevor Project’s TrevorLIVE Los Angeles gala for their commitment to supporting the nonprofit’s mission to provide crisis intervention services and end suicide among gay, lesbian, bisexual, transgender, queer and questioning young people. TrevorLIVE Los Angeles will be held on Sunday, Dec. 2 at The Beverly Hilton. “I’m thrilled to be honored by The Trevor Project…

INTRODUCTION About The Trevor Project The Trevor Project is the world's largest suicide prevention and crisis intervention organization for lesbian, gay, bisexual, transgender, queer, & questioning (LGBTQ) young people. The Trevor Project offers a suite of 24/7 crisis intervention and suicide prevention programs, including TrevorLifeline, TrevorText, and TrevorChat as well as the world’s largest safe space social networking site for LGBTQ youth, TrevorSpace. Trevor also operates an education program with resources for youth-serving adults and organizations, an advocacy department fighting for pro-LGBTQ legislation and against anti-LGBTQ policies, and a research team to examine the most effective means to help young…
Reach a Counselor