The Importance of Stories 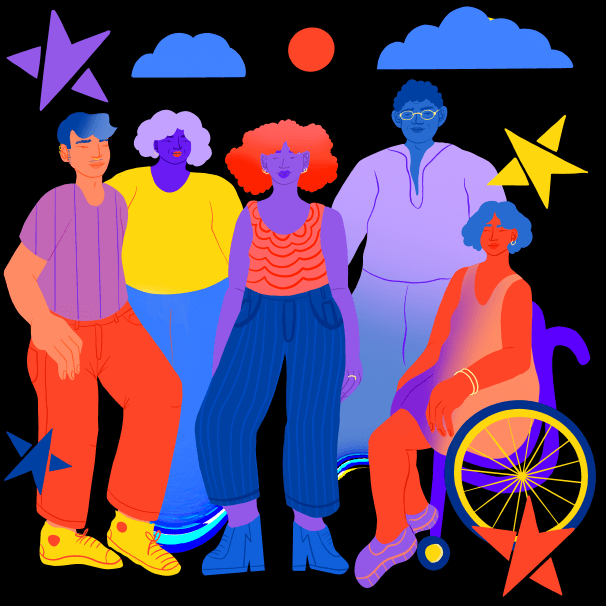 Last week, it was announced that New York City will commemorate Marsha P. Johnson and Sylvia Rivera, two icons of the LGBTQ civil rights movement, with monuments. The proposed location will be just blocks away from the historic Stonewall Inn, the site of the uprising that shaped modern LGBTQ history as we know it.

New York City’s first lady, Chirlane McCray, told The New York Times that the monument will give a “name and a face” to the overlooked activists, noting that LGBTQ rights is often “portrayed very much as a white, gay, male movement.” Public acknowledgment of Johnson and Rivera “counters that trend of whitewashing the history,” she said.

This monument to our transgender leaders is important for many reasons. In a world where trans people of color and their contributions are all too often erased, celebrating Johnson and Rivera in this way provides a welcome reminder of the pivotal role trans people have played in creating a better world for our community. It also is a reminder that, beyond the LGBTQ community, our history matters, and we have always been a part of the American story.

What does this have to do with LGBTQ youth? Well, everything. Here at The Trevor Project, we hear from young people who express feelings of isolation, young people who may not know there are other people like them in the world, or that there are people out there who will accept them for who they are. When we tell the stories of our shared history, stories about the marginalized people who fought tooth and nail to get us where we are, we affirm the next generation of LGBTQ people. We let them know they have a past and a future.

History is a living document. In the grand scheme of things, the Stonewall Uprising wasn’t that long ago. This year, we commemorate its 50th anniversary. Many who were there are with us today. On the other hand, the systemic issues that led to the uprising still exist in the present: discrimination, rejection, and inequality all contribute to disproportionate struggles with mental health for LGBTQ youth today.

Suicide is the second leading cause of death among young people. Lesbian, gay, bisexual, and transgender youth are more than four times more likely to attempt suicide than their peers, and up to 50 percent of all trans people have made a suicide attempt, many before the age of 25.

It’s clear there’s still a long way to go. With World Pride on the horizon, along with the anniversary of the Stonewall Uprising, we have much to reflect on. In that process, let’s remember the importance of stories, both from our past and from our present, from our iconic civil rights leaders to the LGBTQ youth who don’t feel safe enough to come out. When we tell our stories, and we are heard, we win.

The legacies of Marsha P. Johnson and Sylvia Rivera have become bigger than two individuals. This monument will offer people, LGBTQ and not, both in the present and in the future, the opportunity to learn about who we are and where we come from. That’s worth celebrating.

The legislation would force the discontinuation of best-practice gender-affirming medical care — consistently associated with lower suicide risk — at Oklahoma’s largest healthcare provider. September 29, 2022 — The Trevor Project, the world’s largest suicide prevention and mental health organization for lesbian, gay, bisexual, transgender, queer & questioning (LGBTQ) young people, released the following statement ahead of the Oklahoma legislature’s consideration of HB 1007/SB 83, a bill that would prohibit the University of Oklahoma health care system from using federal funding to provide gender-affirming care to transgender and nonbinary youth: “It’s outrageous that the Oklahoma legislature would withhold funding for…

According to official figures from the National Survey on Sexual and Gender Diversity (ENDISEG), 28.7% of the LGBTQ population in Mexico has thought about or attempted suicide in their lifetime This marks the first time that The Trevor Project will offer its life-saving suicide prevention crisis services beyond the U.S.  Mexico City, October 11, 2022 – Today, on National Coming Out Day in the U.S. and Mexico, The Trevor Project announced the official launch of its free, confidential, 24/7 digital crisis services for LGBTQ young people in Mexico. This milestone is part of The Trevor Project’s expansion of its services…
Reach a Counselor