“It’s outrageous that the Oklahoma legislature would withhold funding for the creation of a new pediatric behavioral health center unless they agree to reject best-practice standards of care and cut off treatment for transgender and nonbinary youth — a group that consistently reports the highest rates of mental health challenges and suicide risk. Decades of research shows that gender-affirming care is associated with better mental health outcomes and can be life-saving,” said Sam Ames (they/them pronouns), Director of Advocacy and Government Affairs at The Trevor Project. “Despite the overwhelming consensus of medical experts, vicious misinformation campaigns targeting hospitals and pediatricians have led to threats of bombings and violence all across the country, jeopardizing the safety of patients everywhere. Politicians are not better equipped to make medical decisions than doctors and families. Young trans people in Oklahoma deserve to be accepted for who they are, not exploited for political points.”

The Trevor Project’s 2022 National Survey on LGBTQ Youth Mental Health found that more than half (53%) of transgender and nonbinary youth seriously considered suicide in the past year, and nearly 1 in 5 attempted suicide. However, research has consistently found that gender-affirming medical care is associated with improved mental health outcomes and reduced risk for suicide. A 2021 peer-reviewed study by The Trevor Project, published in the Journal of Adolescent Health, found that receiving gender-affirming hormone therapy was associated with nearly 40% lower odds of recent depression and of a past-year suicide attempt among transgender and nonbinary youth under age 18.

According to a poll conducted by Morning Consult on behalf of The Trevor Project, 85% of transgender and nonbinary youth say recent debates about state laws restricting the rights of transgender people have negatively impacted their mental health. When asked about proposed legislation that would ban doctors from prescribing gender-affirming medical care like puberty blockers or hormone therapy, 73% of transgender and nonbinary youth said it made them feel angry, 57% felt sad, 47% felt stressed, 40% felt scared, and more than 1 in 3 felt hopeless, helpless, and/or nervous.

Another poll conducted by Morning Consult on behalf of The Trevor Project found that a majority of adults agree that transgender minors should have access to gender-affirming hormone therapy (55%) and puberty blockers (52%) if it’s recommended by their doctor and supported by their parents. Only 1 in 3 adults polled said lawmakers should have the ability to outlaw gender-affirming medical care for minors even if such a ban is against the recommendation of doctors and major medical associations.

More than half of AAPI LGBTQ youth experienced discrimination based on their race/ethnicity in the past year — and those who did reported higher rates of attempting suicide in the past year April 19, 2022 — A new report released today by The Trevor Project, the world’s largest suicide prevention and mental health organization for LGBTQ young people, explores the mental health and well-being of Asian American and Pacific Islander (AAPI) LGBTQ youth. This report is one of the first to analyze the mental health outcomes among youth who are both AAPI and LGBTQ — and provides findings specific to… 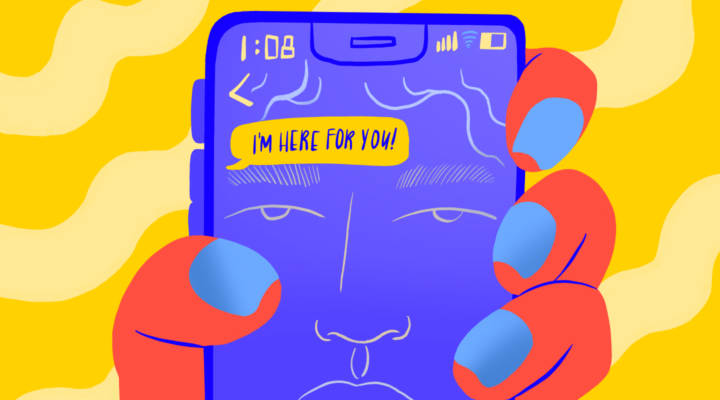 Today — The Trevor Project commended the U.S. House of Representatives for passing The National Suicide Hotline Designation Act, which when implemented will allow Americans to simply dial ‘988’ to reach the National Suicide Prevention Lifeline, instead of the current ten-digit number. Passed by the Senate in May and now the House, this is the first bill that is specifically LGBTQ-inclusive to pass Congress unanimously in history. The FCC formally approved a two-year phase-in plan for the new 988 number on July 16th. The passage of this bill was a necessary, concurrent step as it authorizes the funding mechanisms needed for 988 to be…
Advocacy Mental Health
Reach a Counselor