LGBTQ youth who report having at least one accepting adult were 40% less likely to report a suicide attempt in the past year. 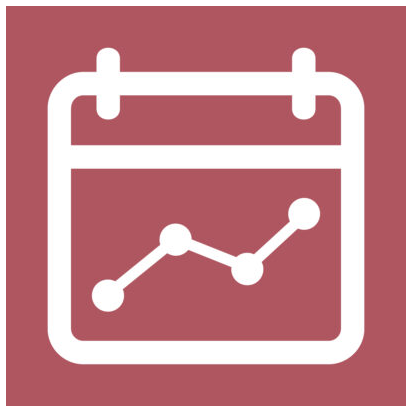 The Center for Disease Control and Prevention’s Youth Risk Behavior Surveillance Survey (YRBS) highlights high rates of adverse mental health indicators among lesbian, gay, bisexual, transgender, and questioning (LGBTQ) students, including increased depressive symptoms, increased rates of seriously considering suicide, and increased rates of attempted suicide (Johns et al., 2019; Kann et al., 2018). According to the minority stress model, mental health disparities among LGBTQ youth result from increased experiences of discrimination and rejection from others (Meyers, 2003). It is hypothesized that increased support from others can serve as a protective factor, decreasing the risk for negative mental health outcomes among LGBTQ youth. Previous research has found a link between support from others and reduced suicide attempts among lesbian, gay, and bisexual youth (Goodenow et al., 2006). However, that research was conducted with a sample of approximately 200 youth and focused solely on the role of support from adults at school on youth who identify as lesbian, gay, or bisexual. This brief draws from The Trevor Project’s National Survey on LGBTQ Youth Mental Health (The Trevor Project, 2019) to examine the impact of acceptance from multiple types of adults on reducing suicide attempts among LGBTQ youth. Using data from thousands of respondents, this research shows that youth with at least one accepting adult were significantly less likely to report a suicide attempt.

A quantitative cross-sectional design was used to collect data through an online survey platform between February and September 2018. A sample of LGBTQ youth ages 13–24 who resided in the United States were recruited via targeted ads on social media. A total of 34,808 youth consented to complete The Trevor Project’s 2019 National Survey on LGBTQ Youth Mental Health with a final analytic sample of 25,896. The current analyses focused on the 20,202 youth who reported disclosing their sexual orientation to at least one adult. Youth were first asked whether they had disclosed their sexual orientation to any of the following adults: parent, family member other than a parent or sibling, teacher or guidance counselor, and doctor or other healthcare provider. As a follow-up, youth were asked to what extent they were accepted by the adult(s) to whom they disclosed their sexual orientation. A variable was created that indicated whether youth felt accepted by one or more of the adults to whom they disclosed or did not feel accepted by any adult(s) to whom they disclosed. Past year suicide attempt was assessed with the question “During the past 12 months, did you actually attempt suicide?,” which was asked of youth who reported having seriously considered suicide in the past 12 months. A logistic regression model was utilized to predict past year suicide attempt based on the presence of an accepting adult while controlling for the impact of youth age, gender identity, and race/ethnicity.

Increased minority stress, often in the form of rejection and discrimination, is thought to be the primary reason for the adverse mental health outcomes observed among LGBTQ youth (Meyers, 2003). While research about LGBTQ youth has examined the impact of accepting parents, this study shows that any accepting adult can reduce the risk of suicide attempts for LGBTQ youth. Although some adults may be reluctant to reach out to youth, these findings suggest that youth would benefit considerably from increased acceptance from adults. Future research should continue to explore the ways adults can take proactive steps to positively impact the lives of LGBTQ youth.

At The Trevor Project, our crisis services team works 24/7 to be a supportive and accepting adult for LGBTQ youth in crisis. We also provide trainings for adults, including professionals who work with youth. These trainings help counselors, educators, school nurses, social workers, and other adults understand the diverse and unique needs of LGBTQ youth and discuss LGBTQ-competent suicide prevention so they might be able to serve in a life-saving capacity for youth.