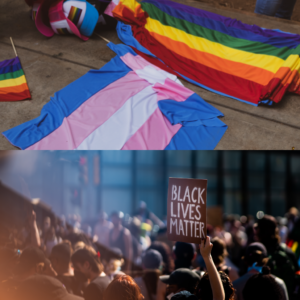 Conducted by Morning Consult on behalf of The Trevor Project, the poll emphasizes how LGBTQ youth, especially those who are Black and/or transgender, have been most negatively impacted by the confluence of current events.

The poll found that COVID-19 has made many LGBTQ youth’s living situations more stressful, in addition to limiting their ability to be themselves and contact their support systems. Over 40% of LGBTQ youth stated that COVID-19 impacted their ability to express their LGBTQ identity, including 56% of transgender and nonbinary youth. One-third of all LGBTQ youth said they were unable to be themselves at home, and nearly one-third of transgender and nonbinary youth felt unsafe in their living situation since the start of COVID-19. One in three Black LGBTQ youth (32%) stated that the COVID-19 pandemic made their living situation “much more stressful” than before.

“This year has been difficult for everyone, but it has been especially challenging for LGBTQ youth, and particularly Black LGBTQ youth, who have found themselves at the crossroads of multiple mounting tragedies,” said Amit Paley, CEO and Executive Director of The Trevor Project. “Since the onset of COVID-19, the volume of youth reaching out to The Trevor Project’s crisis services programs for support has, at times, doubled our pre-COVID volume. We’ve known that LGBTQ youth have faced unique challenges because of the countless heartbreaking stories we’ve heard on our 24/7 phone lifeline, text, and chat crisis services; but these findings illuminate the existence of alarming mental health disparities that must be addressed through public policy. And it’s abundantly clear that recent acts of racism and anti-Black violence have also had a profoundly negative impact on the mental health of our nation’s young people.”