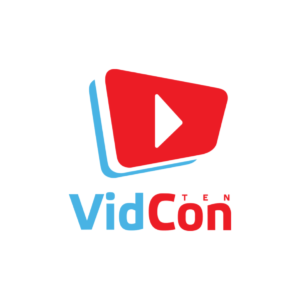 The Trevor Project, the world’s largest suicide prevention and crisis intervention organization for LGBTQ+ young people. The partnership will further highlight and celebrate some of the world’s biggest digital talent and rising stars from the LGBTQ+ community during the tenth anniversary of VidCon US set for July 10–13, 2019 at the Anaheim Convention Center.

As part of the initiative, Trevor will curate programming within VidCon’s Community Track, focusing conversations around heartfelt experiences about coming out online and IRL; how discussing their own journeys have helped them heal and connect with their audiences; how to activate the community to further raise awareness and support for the LGBTQ+ community; and the fight against cyberbullying.

The Trevor Project will also welcome celebrity speakers, many of whom are attending VidCon US for the first time ever, including Lachlan Watson (“Chilling Adventures of Sabrina”). Talent will join the world’s most followed, LGBTQ+ identifying digital talent previously confirmed to attend VidCon US including Hannah Hart, Rickey Thompson, Miles McKenna, Elle Mills, Tre Melvin, Ricky Dillon, and more to support these discussions.

“VidCon’s top priority is to provide a safe environment, one with inclusive programming that reflects the online video industry’s diverse audience. As we mark the 50th anniversary of Stonewall and Pride celebrations around the world this summer, VidCon is thrilled to officially partner with The Trevor Project, whose important work promotes the well-being of our family, friends and fans in the LGBTQ+ community. We look forward to compelling and important conversations this year,” said Jim Louderback, General Manager of VidCon.

“We’re excited to partner with VidCon this year to curate inclusive, diverse programming so that LGBTQ young people can see themselves represented on a national stage,” said Amit Paley, CEO & Executive Director of The Trevor Project. “We’re grateful to VidCon for providing a platform for LGBTQ youth to connect with their favorite creators so they know they are seen, their experiences are valid, and that they’re never alone.”

The Trevor Project will also provide their followers a special discount on Community Track badges. Additionally, the organization will launch a special VidCon badge giveaway contest on social media – details will be announced at a later date.

Panels curated by The Trevor Project at VidCon US include:

VidCon US, VidCon AU and VidCon LDN are the world’s largest events for fans, creators, executives and brands who are passionate about online video and building diverse communities. Across the three events, VidCon will host more than 100,000 attendees, in aggregate, via a variety of live on-stage performances, panels, fireside chats, interactive experiences, fan and creator meet & greets, brand activations and more. VidCon’s flagship show, VidCon US, will celebrate its 10th Anniversary in 2019. VidCon was founded by veteran YouTube creator Hank Green and was acquired by Viacom in 2018.