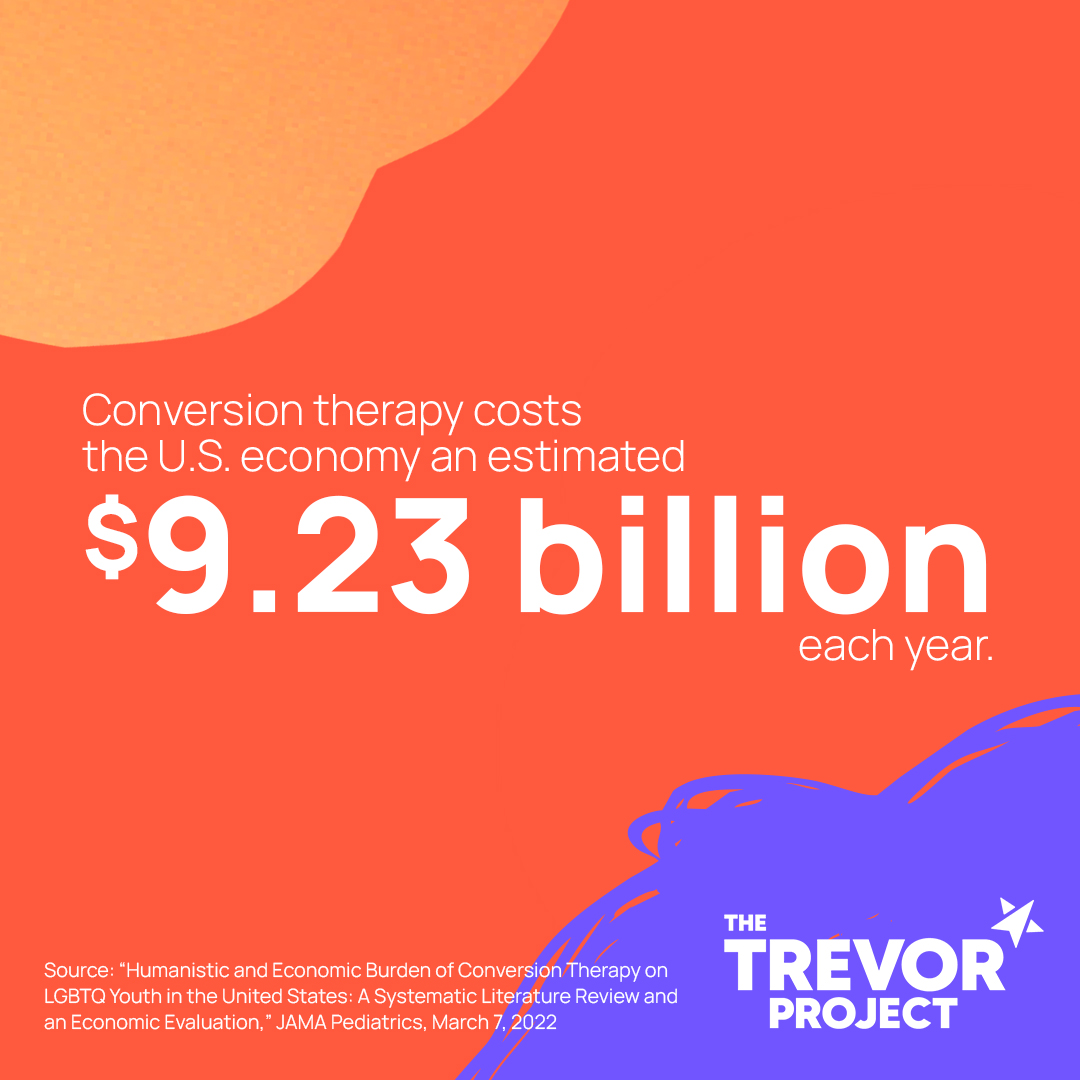 This is the first known study to apply a comprehensive model to assess the socioeconomic impacts of conversion therapy.

March 7, 2022 — Research scientists at The Trevor Project, the world’s largest suicide prevention and mental health organization for LGBTQ young people, in partnership with health economists at Cytel, ​​a multinational research organization, published a new peer-reviewed study today in JAMA Pediatrics that found the practice of conversion therapy on LGBTQ youth, and its associated harms, cost the United States an estimated $9.23 billion annually. The full article, “Humanistic and Economic Burden of Conversion Therapy on LGBTQ Youth in the United States: A Systematic Literature Review and an Economic Evaluation,” can be found here.

“This alarming study illustrates that subjecting LGBTQ young people to conversion therapy continues to have deep and detrimental costs from both a humanistic and economic standpoint,” said Amit Paley (he/him pronouns), CEO and Executive Director at The Trevor Project. “The Trevor Project urges policymakers to protect LGBTQ youth from the dangers of this so-called ‘therapy’ and to also expand access to LGBTQ-affirming therapy as a means to empower young people to accept themselves for who they are and promote positive health outcomes. Doing so would drastically reduce these reported economic burdens.”

To calculate the economic costs of conversion therapy and its associated harms, a comprehensive model was developed in collaboration among leading health economists and research scientists, leveraging tools and methods of health economics and outcomes research.

“The mental health risks of conversion therapy have long been suspected, but this scientific research quantifies, for the first time, the staggering cost of this therapy in financial terms,” says Dr. Anna Forsythe, principal scientist for this investigation. “Our study uses the most advanced economic techniques and analysis to comprehensively review the data, and to systematically uncover the significant harms of conversion therapy. It is our hope that this peer-reviewed analysis can be an objective tool to help decision makers evaluate the massive impact this therapy continues to exact on not only the victims, but on society as a whole.”

This is the first known study to apply a comprehensive model to assess the socioeconomic impacts of conversion therapy in the U.S.

“We know conversion therapy has long been a burden on LGBTQ young people and their families, as the practice has consistently been associated with poor mental health and greater risk for suicide. But the economic costs this practice has on society are just starting to be understood,” said Casey Pick (she/her pronouns), Senior Fellow for Advocacy & Government Affairs at The Trevor Project. “We must ensure that taxpayers’ dollars are never again spent on this dangerous and discredited practice and that we are instead investing in LGBTQ-inclusive health and education programs to uplift the well-being of LGBTQ youth.”

Through its corporate collaboration with The Trevor Project, Bristol Myers Squibb provided a financial grant and limited health economic consultation.

The Trevor Project’s 2021 National Survey on LGBTQ Youth Mental Health, capturing the experiences of nearly 35,000 LGBTQ youth across the U.S., found that 13% of LGBTQ youth reported being subjected to conversion therapy, with 83% reporting it occurred when they were under age 18. Further, a peer-reviewed study by The Trevor Project’s researchers, published in the American Journal of Public Health, found that LGBTQ youth who underwent conversion therapy were more than twice as likely to report having attempted suicide and more than 2.5 times as likely to report multiple suicide attempts in the past year.

Cytel enables decision-makers in the life-sciences to unlock the full potential of their products. From navigating uncertainty to proving value, Cytel’s thirty years of global expertise in consulting, data-driven analytics and industry-leading software helps biotechs and pharmaceuticals transform intelligence into confident decisions. Cytel has an uncompromising commitment to scientific rigor and high standards of operational excellence, which are channeled through its locations in North America, Europe, the United Kingdom and Asia. 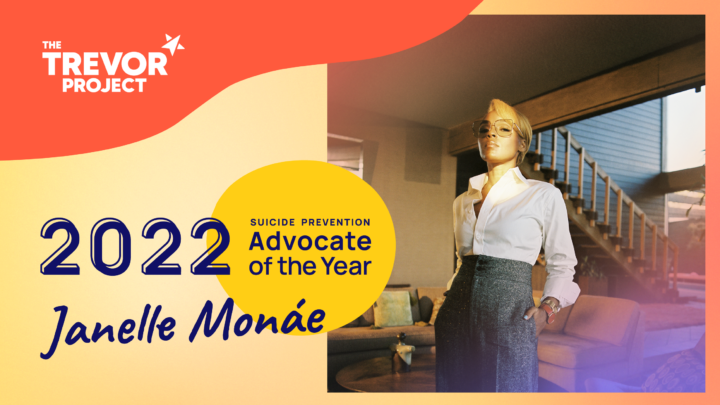