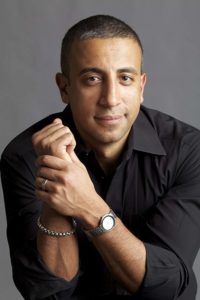 Orlan has spent the past two decades serving in a variety of senior leadership roles in business, media, public service, nonprofits, and philanthropy as a Senior Partner at EY and Deloitte, entrepreneur, venture capital investor, film producer, author, presidential appointee, philanthropist, and member of a number of boards. In 2014, he received a Presidential Appointment by President Barack Obama to the Global Board of Governors of the United Service Organizations (USO) where he continues to serve. His consulting career spans strategy, growth, innovation, operations, transformation and M&A transaction advisory services for companies and private equity and VC firms in the healthcare, life sciences, consumer and technology sectors. He currently serves as EY’s Global Client Service Partner for Johnson & Johnson (J&J) responsible for overseeing EY’s global relationship with J&J, EY Global Life Sciences Value Chain Innovation Leader, member of EY’s Global Life Sciences Executive Board, and as a member of EY’s Northeast Region Leadership Team representing EY’s largest accounts in the Northeast. He previously served as EY’s Americas M&A Transactions Life Sciences Leader. Over the past few years he has focused his efforts on activating growth and innovation at the intersection and convergence of the healthcare, life sciences, consumer and technology sectors through architecting innovative alliances and partnership opportunities for his clients, EY and various players in the evolving healthcare ecosystem.

Prior to joining EY, Orlan was a Partner with Deloitte Consulting where he held a number of practice, management, and account leadership roles and as Deloitte Consulting Chief Diversity Officer. He is both an entrepreneur having started B2C technology and real estate ventures and an intrapreneur having founded a number of successful practices, alliances and service offerings with EY and previously Deloitte. He advises entrepreneurs and startups in the healthcare, life sciences, consumer, media and technology sectors and serves on the Advisory Boards for Big Think and Max Ventures, a New York based technology and consumer focused VC firm. He is a member of the Partnership for New York City (PFNYC), the Partnership Innovation Council and the Partnership Fund’s Healthcare Advisory Board. In 2017 he worked with the PFNYC, J&J, the New York Genome Center, and Governor Andrew Cuomo’s New York State administration to bring Janssen Labs (JLabs) to NYC, a first of its kind accelerator specializing in early stage life sciences companies in New York.

Orlan is a passionate social entrepreneur having launched a number of social change and impact ventures and initiatives in publishing, documentary filmmaking, civil rights, philanthropy, and military and veteran’s affairs. As a former member of the Obama Administration appointed to the USO Board of Governors he represented President Barack Obama, founding and chairing the USO’s Digital Advisory Council and serving on the Audit and Entertainment Advisory Committees. In 2014, he and the USO teamed with world renowned musician and entertainer Beyoncé Knowles to bring a special holiday message and exclusive concert movie screenings of HBO’s On the Run documentary film to over 2,000 troops in war zone locations across the Middle East. In 2016, he collaborated with the USO and J&J to make it possible for the production of USO – FOR THE TROOPS, a one-hour documentary film chronicling the rich history of the USO that premiered on PBS in commemoration of the USO’s 75th Anniversary. He currently serves on the USO’s Strategic Planning and Development Committees. He was also a member of the NYC LGBT Center’s Board of Directors and founder of The Center’s Young Leaders Council and in 2016, he was named to the OUTstanding and Financial Times list of the 2016 Top 100 LGBT Leaders.

He is a successful film producer having produced HBO’s critically acclaimed The Out List documentary film and was a contributing author to the I Am Ecowarrior and The Out List books. Orlan was Executive Producer on HBO’s critically acclaimed The Out List documentary film with celebrated celebrity photographer and filmmaker Timothy Greenfield-Sanders. Released on the heels of the historical Supreme Court rulings striking down the federal Defense of Marriage Act and California’s Proposition 8, The Out List is a documentary film featuring a diverse cross-section of Americans sharing personal and professional stories, both heart-wrenching and triumphant of the LGBT experience in America and the fight for civil rights. The Out List featured some of today’s leading LGBT voices in America including Ellen Degeneres, Cynthia Nixon, Neil Patrick Harris, Wanda Sykes, and Dustin Lance Black and aired on HBO all over the world in the summer of 2013. Along with Greenfield-Sanders, Orlan published The Out List book which accompanied the HBO film and where he wrote the Foreword. Orlan also took on another passion tackling the topic of environmental sustainability and climate change with pioneers of the movement by publishing and serving as a contributing author to I Am Ecowarrior, a book featuring distinctive photographs and interviews with more than 50 global game-changers. Orlan conducted many of the book’s interviews covering a variety of themes including leadership, social entrepreneurship, corporate social responsibility, and innovation in environmental sustainability and climate change, with such luminaries as Ted Turner, Sir Richard Branson, Michael Bloomberg, Robert F. Kennedy Jr., and Jane Goodall.

He is a David Rockefeller Fellow, Nantucket Project Fellow and member of the Executive Leadership Council. He holds a B.S. in Finance and International Business from New York University’s Stern School of Business.